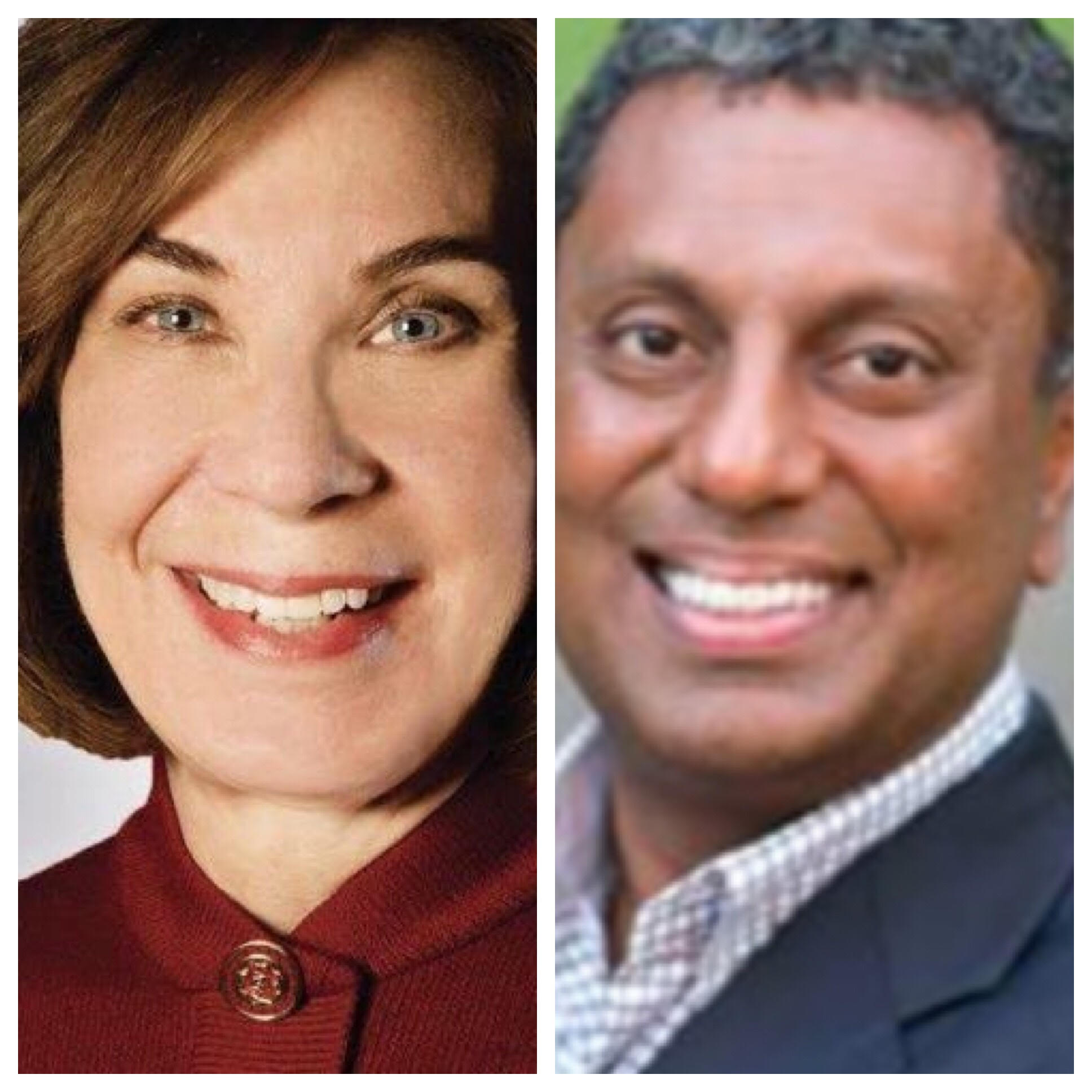 Last night, Democrat Pam Iovino and Republican D. Raja faced off in a debate sponsored by the League of Women Voters of Greater Pittsburgh at Robert Morris University.

The two candidates are vying for the open seat in the 37th state Senate District, vacated by Rep. Guy Reschenthaler, who was elected to Congress and sworn-in earlier this year.

The two have traded jabs in television ads and addressed the attacks last night.

Raja attempted to tie Iovino with progressive Democrats who are in favor of late-term abortion laws in a 30 second spot. Iovino called the ad “really disgraceful” although she said she supports abortion rights and that “keeping these procedures legal and medically safe is very important” according to WESA. The Democrat said the attack ads do not reflect her position. Raja is against abortion.

Iovino’s attack ads, like other Democrats that have gone head to head with Raja before, criticized her GOP counterpart on his business background, attempting to paint him as a heartless outsourcer. Raja stated these ads were “pure character assassination” and stated “there’s been nothing of substance from my opponent,” WESA reports.

The two share different points of view on a wide range of topics, typically falling in line with their respective party’s stances, but particularly one issue appeared to show their biggest difference in the campaign thus far. A proposed severance tax on Marcellus Shale natural gas drilling, according to the Post-Gazette.

Raja opposes a tax on Marcellus Shale and stated that capitalizing on natural gas in an “environmentally safe manner” could help fund public education and create jobs. Iovino believes the state needs to have half of education funding come from the state, while the other half comes from local real estate property taxes and mentioned the severance tax as a solution, according to the Post-Gazette.

Other areas where the two differed include marijuana legalization, privatization of state stores, while they shared a similar sentiment when asked about gun control.

Iovino said she supports the legalization of recreational marijuana with regulations, while Raja is against it altogether, the Post-Gazette reports. Raja stated he “loves” the idea of privatizing state stores, while Iovino believes the system is fine the way it is according to the Post-Gazette.

Although WESA reports that Iovino is more supportive of gun-control regulations than Raja, they seemed to agree that a House bill in the state that would require gun owners to annually register that make, model and serial number of every gun they own would not work, according to the Post-Gazette.

The special election is set to take place on April 2.