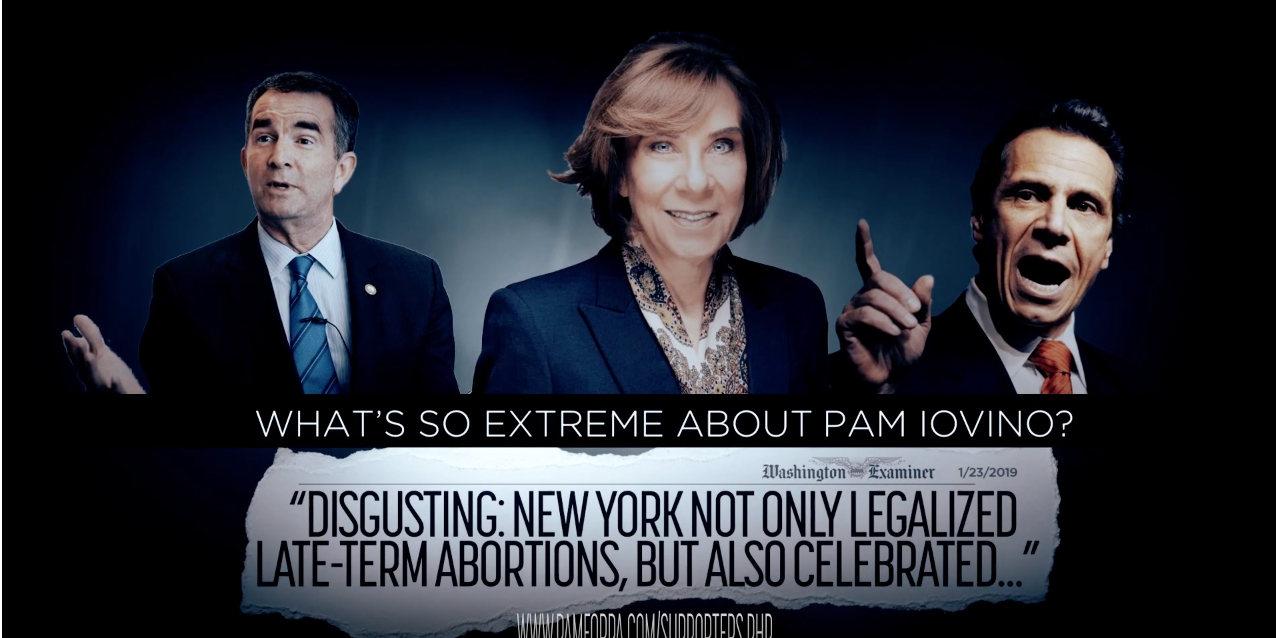 A new ad from Raja brings the culture wars directly into the 37th district State Senate special election, with a broadside accusing Pam Iovino of siding with Democrats who are outside the mainstream.

“What’s so extreme about Pam Iovino?” the voiceover begins in the 30 second spot, Wrong. “She stands with extremists who celebrate and defend New York’s radical late-term abortion law and shockingly ending protections for infants who survive late-term abortions.”

It reflects a common calculus in low-turnout special elections: the key to victory is to rally the party base.

Iovino has not been in the public eye as long as Raja and doesn’t have a years-long record of votes or policy issues. As she works to appeal to moderates, the GOP countereffort attempts to link her with national progressives.

The claims in the ad echo critiques by abortion opponents nationwide. New York enacted a law this year which, according to PolitiFact, permits third trimester abortions if health care professionals determine the fetus is not viable. Previously, they were permitted only if the pregnancy represented a threat to the life of the mother. Virginia lawmakers proposed a measure to expand abortion access, which was engulfed in controversy when Gov. Ralph Northam appeared to suggest the bill would permit an abortion even after birth. Finally, many Democrats believe that abortion access should be covered by Medicaid, a taxpayer-funded program, when currently it is not.

Iovino’s campaign called the ad desperate and did not say whether she would support similar legislation in Pennsylvania.

“This is absurd. We understand Raja is desperate to make this campaign about anything other than his track record of outsourcing job and suing his own employees. Voters have a clear choice between a decorated Navy veteran who has always but country first, or Raja who has always put himself first,” said Iovino spokeswoman Abigail Gardner.

Her campaign fired back with an ad of its own, continuing to hammer Raja’s business record. His company outsourced jobs and took former employees to court; Raja has said the charges do not reflect his overall record.

“This new commercial continues to blatantly lie about Raja’s proven record of creating Pittsburgh jobs, while Iovino has never created a job her entire life,” said Raja spokesman, Adam Breneman. “This is just a distraction from her extreme record of supporting late-term abortions, job-crushing taxes and higher energy costs for families based on her support of Green New Deal-type policies.”

Iovino is rallying supporters from all corners of the Democratic tent. She touts endorsements from various building trade unions. She spent the weekend knocking on doors with moderate Rep. Conor Lamb (D-Allegheny), with whom she shares a background in military service. Lamb is pro-choice in the historical sense of the term, in that he would not curtail abortion rights (although he did not emphasize the issue in his campaign and expressed personal opposition to abortion).

Iovino’s campaign on Friday shared an endorsement via press release from EMILY’s List, the national PAC that aims to help elect pro-choice Democratic women to office.

“We’re confident that she will continue standing up for working families, investing in education, and protecting and advocating for those in need. She will, no doubt, be the fighter in the state Senate that Pennsylvanians deserve, and we’re excited to stand with her in her campaign,” said EMILY’s List president Stephanie Schriock.

This story was updated with a comment from Raja’s campaign.