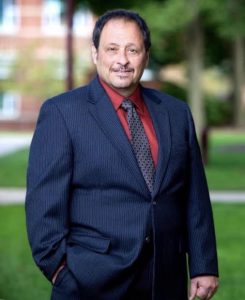 Tony DeLoreto, a businessman from Indiana County, announced his intentions for the Democratic nomination for the open seat in the state’s 41st Senatorial district.

In late January, state Sen. Don White announced that he would be retiring from the seat at the end of February. White represented the district since 2001.

In a press release sharing his announcement, DeLoreto stated he is a “proud father, and pappy” who wants to leave a legacy of change and believes his experience as a small business owner makes him capable of holding this office.

“I am [also] a successful small business owner who is living the American dream,” he said in a statement. “I know what it takes to make something out of nothing.”

DeLoreto opened the Spaghetti Benders restaurant in downtown Indiana with a business partner in 1991, and now runs the restaurant with his wife, Cherry.

“I built my business starting with the pots and pans from my home, but I couldn’t have done it without support of people who believed in me,” he said in a statement. “When I started, I knew it would take a lot of work and dedication, and I was willing to put in the time and effort to make it happen. Now, if given the opportunity, I am ready to do the same as your State Senator.”

Prior to his career in the restaurant industry, he served in the US Navy. DeLoreto also serves on the Chevy Chase Community Board and is a co-founder of the Northern Appalachian Folk Festival Inc.

This is the second time DeLoreto is seeking the seat in the 41st District. He was the Democratic nominee in 2016, but lost to White by 40 plus points.

DeLoreto is the first Democrat to officially announce a bid for this seat, although Susan Boser, a Democratic Congressional candidate for PA15 in 2018, is expected to formally join the race soon.

Joe Pittman, White’s chief of staff, is the first Republican to confirm he is seeking his party’s nomination.

The special election date has yet to be set, but the Indiana Gazette reports that “the most likely scenario” would be it coinciding with the Pennsylvania primary on May 21.