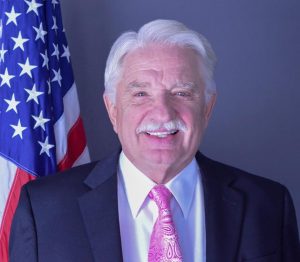 The Democrats have selected their candidate for the state Senate’s 48th District.

Dr. Calvin Clements, a retired veterinarian from Lebanon County, has been nominated for the upcoming special election in May.

According to PennLive, Clements earned the recommendation from local Democrats this past weekend over a field of candidates that also included Laura Quick, Ralph Duquette, and Sandra Thompson.

“It is with great honor and humility to have been chosen to represent the Democratic Party in the special election, Senate race PA. 48,” Clements said in a statement. “Although we have a fierce challenge ahead, find comfort in knowing, I truly enjoy challenges.”

Clements laid out a few priorities in his statement accepting the Democratic Party nomination.

“When elected my top priorities will be to open PA businesses and schools rapidly and fastly,” Clements said. “There will be a focus on our schools quickly reaching the COVID safety standards. I understand education is a priority and parents need to get back to work, that’s why I will promote and help facilitate, PA residents getting vaccinated as rapidly as possible.”

“I want to return to a climate of civility and legislate with common sense not a political agenda,” he continued. “I will protect free and easily accessible elections, stop the systemic gerrymandering of voting districts and courts and I will work diligently to return PA to fiscal solvency. We must resolve the state’s pension debt before it sends us into statewide bankruptcy tailspin.”

I am ready to lead & service the 48th! Being the democratic nominee for this special election is a true honor. I am embracing this opportunity to make a greater PA. pic.twitter.com/3bFfe8GMOz

He also blasted Harrisburg Republicans on their response to the coronavirus pandemic and the effort to not award the state’s electors to Joe Biden.

“The Republican legislature has spent the past year denying the severity of COVID, effectiveness of masks, and fighting the steps taken to ensure the health and safety of Pennsylvanians without offering a single alternative,” Clements said. “They have spent valuable legislative time promoting the BIG LIE of the 2020 election creating embers for the January 6th insurrection.”

This isn’t Clements first attempt at running for a seat in the state legislature.

Clements is one of at least four candidates running in the upcoming special election.

Chris Gebhard, president and CEO of Hoaster Gebhard & Co., was nominated as the Republican candidate for the race. Former state Rep. Ed Krebs has launched a campaign as an Independent, while Tim McMaster, an IT analyst who resides on a farm, has joined the race as the Libertarian candidate.

The 48th Senate District includes all of Lebanon County, and parts of Dauphin and York counties.

One thought on “SD48: Clements Selected as Dem Candidate in Special Election”