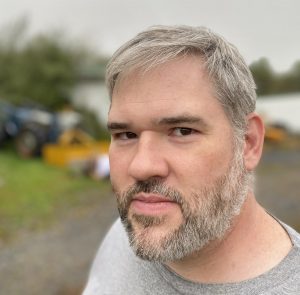 Matthew Duval, a former high school teacher who currently works as an instructional designer for a service provider for adults and children with autism, announced that he is seeking the Democratic nomination for the open seat in the state’s 48th Senatorial District.

In a release announcing his intentions for the seat, he pointed to his experience in corporate software development, earning a PhD in educational leadership and learning technologies, and teaching as proof he’s ready to take on elected office.

“It is time to give voters a choice and a voice in their government,” Duvall said.

He believes his previous careers can help improve equitable access to education, employment and healthcare for all, according to a release from his campaign.

Duvall is one of the few Democrats who has publicly announced his intentions for the party’s nomination. According to the Pennsylvania Capital-Star, David Lloyd; West Cornwall township supervisor and CEO of Ephrata Area Rehab Services, and Michael Schroeder, an associate professor at Lebanon Valley College and environmental advocate, are hoping to represent the party in the upcoming special election.

Democrats will convene on Oct. 20 to select their nominee, while Republicans will pick their candidate on Oct. 19.