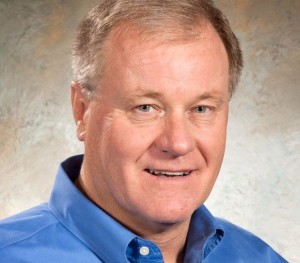 Well, this is a bit of a surprise.

The first-term Senator from the 28th district in York County is well-known for his past conflicts with leadership.

In fact, just ten months ago, the very SRCC that he’ll be leading tried to defeat him. During last year’s special election, an especially negative ad from the group accused Wagner of trying to sue an elderly widow.

“What will he do to us if he gets into power?,” that commercial asked.

Senator Scarnati ignored the past differences and asserted Sen. Wagner will be a great asset to the SRCC.

“Senator Wagner has proven through his help during the 2014 election cycle that he will provide strong leadership to the SRCC and will lead our caucus through the upcoming elections,” Sen. Scarnati said. “I am confident that with Senator Wagner’s help we will be able to expand our majority in 2016.”

“I look forward to the opportunity to serve the SRCC in this position,” Sen. Wagner responded. “During the 2014 election cycle and through my multiple campaigns, I applied my private sector experience to campaigning and was able to find ways to be highly effective and win elections. I look forward to bringing those same principles to the SRCC to allow us to continue to grow our Republican majority in the Senate.”

This move is a consequence of a shift in the balance of power that is taking place under new Senate Majority Leader Jake Corman. Wagner was the first Senator to call for a challenge against the man Corman ousted, Sen. Dominic Pileggi.

Under Pileggi’s leadership, Wagner was deemed an pariah. Now that Corman is in charge, the York County Senator is one of the leaders in the Senate GOP.