Senate 2016: Kane “Is Pretty Serious About This” 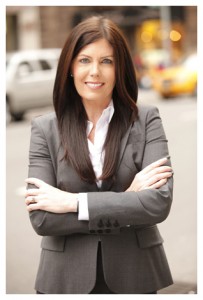 PoliticsPA confirmed with a source close to Attorney General Kathleen Kane that she is seriously considering a run for Senate in 2016.

Just 11 months into office, Kane has seen a meteoric rise in popularity. She was the top Democratic vote getter in the state in 2012 when she won the Attorney General’s office and almost immediately, her name was circulated for higher office.

Despite rumors that she would jump into the 2014 Democratic primary for governor, multiple sources have confirmed that she has her eyes on the Senate according first to a story from Chris Brennan of the Philadelphia Daily News.

In a hypothetical contest between Toomey and Attorney General Kathleen Kane polled by Public Policy Polling last month, Kane holds a 46% to 42% lead with 12% not sure. Interestingly, Kane’s lead among men (48% to 42%) is larger than her lead among women (45% to 42%); however, she still outperforms former Rep. Joe Sestak

Other names likely to enter the Democratic primary in this race are Rep. Matt Cartwright (D-Lackawanna) and Montgomery County Commissioner Josh Shapiro.

The downside for Kane, who proved a prolific fundraiser in 2012: federal fundraising rules are much stricter and big checks are harder to collect.