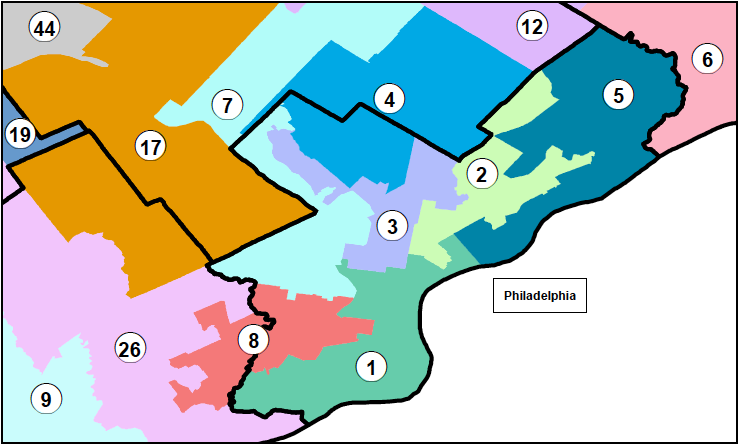 Democrats must knock off at least 3 Republican incumbents in the state Senate to have a chance at the majority next session. They’re hoping a Senate vote this week, a rare foray by that chamber into the highly charged issue of abortion, will help lay the groundwork for 2014.

“Put this in the context of where the Republican party is nationally and in the state. They’re having trouble connecting with women voters, and this does not help,” said Senate Democratic Campaign Committee Executive Director Aren Platt.

“The Republican caucus in the state Senate has several members who vote drastically out of line from their Democratic-performing districts. We’re going to spend the next year and a half reminding voters of that.”

Republicans in the state Senate stayed far away from a proposal, introduced in 2011, that would mandate ultrasounds for women seeking abortions.

HB818 would block any insurer that participates in the health insurance exchange soon to be established by the Affordable Care Act (Obamacare) from providing abortion coverage. The ban does not allow insurers to cover abortion even if they bifurcate government funds from the private funds paid by patients.

Proponents say the bill as is would allow abortion coverage for cases of rape, incest and to save the life of the mother. A spokesperson for Gov. Corbett said Wednesday that he was inclined to sign it.

“Abortion is not health care. Pennsylvania does not use taxpayer dollars to fund abortions and we need to make sure it stays that way,” said Michael Geer, president of the Pennsylvania Family Institute.

“The bill respects the conscience and respect for life of millions of Pennsylvanians, and ensure that their tax dollars do not subsidize abortion coverage through the back door of the new health insurance exchanges.”

The four also opposed amendments that would have broadened the health exceptions and allowed participating insurers to use the non-subsidized portions of premiums to cover abortions.

“…these Senators are completely out of touch, not only with the Philadelphia suburbs they represent, but with the entire state of Pennsylvania. In voting to put women’s lives at risk, Senators Greenleaf, Erikson [sic], Tomlinson, and Brown voted against their constituents, against public health, and against every woman in Pennsylvania,” the SDCC said.

SDCC helped capture three new seats in 2012, its best performance in decades. But they were helped by a surplus of retirements; this cycle they’ll be facing incumbents.

Regional polling on the nuances of abortion is non-existent, or at least it isn’t public. But even if support for access to abortion is solid in the Philadelphia suburbs, as the SDCC assumes, support for taxpayer funding for abortions may not be.

Case in point: the bipartisan House vote in favor of the bill. 36 of 90 Democrats joined all but 2 Republicans to support the measure, for a final passage of 144 to 53.

Indeed, Obamacare only marshalled enough House votes to pass in the first place because its abortion language – including the opt-out provision passed by the Pa. state Senate – accommodated conservative Democrats.