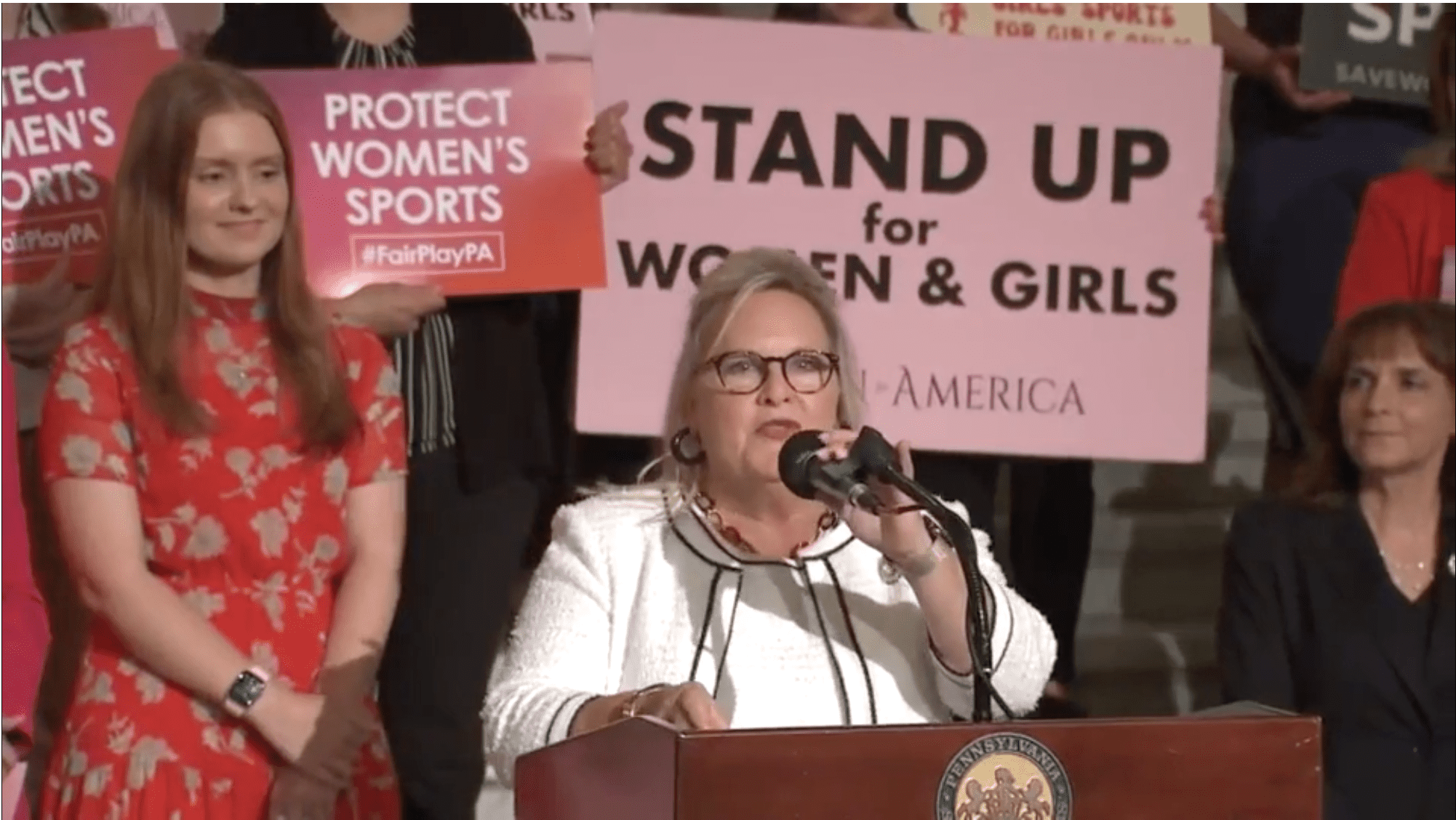 The Pennsylvania Senate voted to ban transgender females from competing in girls’ scholastic and collegiate athletics on Tuesday.

Senate Bill 1191 passed by a 30-20 vote with all 28 GOP members voting to support the measure along with John Yudichak (I-Luzerne) and Lisa Boscola (D-Northampton).

“My colleagues across the aisle asked: where are the feminists? We are right here,” said Sen. Amanda Cappelletti (D-Montgomery). “We are standing in opposition to Senate Bill 1191 because trans girls are girls; trans women are women.”

The “Fairness in Women’s Sports Act” (SB 1191) now heads to the House for consideration. A similar bill from the House – HB 972 – awaits action from the Senate.

The Pennsylvania Interscholastic Athletic Association (PIAA) has abdicated making a statewide decision and left the issue up to individual school districts.

In its Policies and Procedures manual, the “PIAA believes that all boys and girls, Coaches, Contest officials, and athletic administrators should have equal opportunity to participate in, Coach, officiate, and administer at all levels of interscholastic athletics and receive equal treatment, without regard to race, color, religion, gender, age, national origin, or ethnic background. Where a student’s gender is questioned or uncertain, the decision of the Principal as to the student’s gender will be accepted by PIAA.”

Earlier this week, the Hempfield School District Board in Lancaster County voted 7-2 to add language in its athletic policy that would require athletes to athletes to play on the sports team corresponding with their biological sex, with “reasonable accommodations.”

“My motion would be to move forward with a sex-based distinction for sports where biological sex is the absolute distinction and have our attorneys create language that will ensure some common sense reasonable accommodations and that can be spelled out,” board member Dylan Bard said.

According to the LNP, more than half of Hempfield residents who made a comment at the meeting felt that the competitiveness of female sports as well as the safety and privacy of female athletes could be negatively impacted by allowing transgender athletes to participate on a team aligning with their gender identity.

The Women’s Law Project (WLP) is a nonprofit public interest legal organization founded almost 50 years ago to defend and further the rights of women, girls, and LGBTQIA people in Pennsylvania. The WLP has argued that discriminating against persons in an educational setting based on an arbitrary designation such as “biological sex” would go against Title IX, the Pennsylvania Human Relations Act, and the Pennsylvania Fair Educational Opportunities Act. The Supreme Court and various other governing bodies have found that discrimination based on gender identity and sexual orientation under these laws is prohibited.

“Transgender individuals should know that they belong, that they are valued, and that their participation in activities is welcomed,” Beth Rementer, a spokeswoman for Gov. Tom Wolf said. “The governor has been clear – hate has no place in Pennsylvania, and that includes discrimination. Any legislation designed to deny opportunities is both disturbing and dangerous and the governor would veto this legislation.”

It is expected that Wolf will veto such a bill when it reaches his desk.