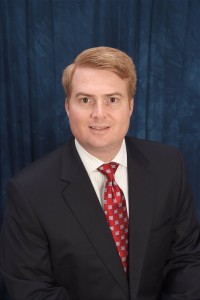 It was clear that nine months on the campaign trail have served Marc Scaringi well. The Harrisburg-area attorney and former staffer to U.S. Senator Rick Santorum spoke the language of the activists in the room during last night’s U.S. Senate forum in Pittsburgh, hosted by the PA Republican Leadership Council.

It was the first panel or forum of the 2012 U.S. Senate race in Pennsylvania.

“Our uncontrolled spending and borrowing has brought this country’s economy near ruin’s edge,” says Scaringi. “My Free America Agenda will not only restore and restart this economy, but will also aid in stopping career politicians in their tracks with a term limit proposal and will help small business owners proposer with a lighter tax regulation.”

He was joined by newly announced candidate John Vernon, a Mansfield native who retired at the rank of Colonel after 30 years of service in the U.S. Army.

State Rep. and conservative icon Daryl Metcalfe keynoted the event. He talked about a wide variety of topics that included E-Verify, ‘Obamacare’ and what he considered his best accomplishment as of late, the Castle Doctrine.

Fellow contenders Laureen Cummings, founder of the Scranton Tea Party, and Bucks County veterans’ advocate David Christian were initially on the agenda, but did not attend.

Scaringi and Vernon agreed that Senator Bob Casey must in fact be “dethroned” immediately and gave their reasons why through vigorous explanation.

“Our country is in trouble,” said Vernon. “Massive spending and borrowing has thrown us into uncontrollable debt and on our way to 3rd country status. We now stand at a watershed and we do not have time to waste.”

Vernon said he supports a grassroots revival for the United States. If elected to office, he said he will continue his devoted and dedicated service of 32 years in the armed forces into the political arena. His main goals are to lower business taxes, remove regulations so jobs can be created and to work to have no legislation on domestic purchasing.

Scaringi announced what he called his “Free America Agenda.” The agenda’s theme, “free America from President Barack Obama and Senator Casey and the burdens they have placed on the national debt.” This agenda covered three main points: a balanced budget amendment, a term limit amendment and reduce tax burdens on small business owners.

Scaringi made a point to reiterate that term limits are a must-have. He described politicians in Washington having a susceptibility in attracting what he called “Potomac Fever.”

“Once they get there, they realize the position of power they hold and do not ever wish to let it go,” said Scaringi. Instead of focusing on what they came to accomplish, they focus on the next election and filling their pockets.”

The first topic of the evening happened to be the issue of border protection and how it would be handled if elected.

“I will do everything in my power if elected to protect our nation’s borders,” said Scaringi. “Illegal aliens are part of the debt issue, contributing to increases for tax payers and sucking away undeserved benefits. This will come to a halt under me.”

“We need to accomplish this, no matter how difficult the task, and no matter what the financial burden is.” Vernon retorted.

But in front of a crowd of Constitution enthusiasts, Vernon had trouble with a question about his position on the full faith and credit clause and same sex marriage.

“I do not know what the full faith and credit clause is. I will read up on it, and get back to you with a response,” he admitted.

“I agree with the clause’s original intent, which was written to prevent debtors in one state from moving to another to get out of that debt,” says Scaringi. “Although, I do not believe that the full faith and credit clause should be extended so far as to cover issues such as same sex marriage.”