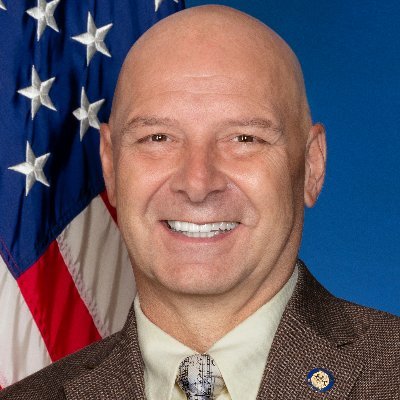 Senate Minority Leader Jay Costa and other Democrats are calling for GOP Sen. Doug Mastriano to resign following the Adams County lawmaker’s attendance at President Donald Trump’s rally in Washington D.C., where the president falsely claimed that the election was stolen. Rioters later stormed the Capitol.

Mastriano seemingly planned a trip to Washington D.C. for the rally and was later pictured alongside former state Rep. Rick Saccone at the event. On the morning prior to the rally, Mastriano shared a screenshot of a Trump tweet on Facebook with the capiton “#StopTheSteal.”

“Senator Mastriano is guilty of encouraging yesterday’s coup attempt in Washington and inspiring its violent actors with his words and actions since November,” Costa wrote in a statement. “I support the First Amendment, and Senator Doug Mastriano has that right as well. However, as a public servant and sitting Senator – he, and all members of this body, must be held to a higher standard. For this reason, I am calling on him to resign.”

Costa continued in his statement to say that he believes Mastriano’s conduct over the last three months is “unbecoming” of the state Senate.

Sen. Tim Kearney (D-Delaware) was the first elected official to call for Mastriano to resign on Wednesday evening.

On Wednesday evening, Mastriano took to social media and released an official statement to condemn the violence that followed Trump’s rally.

“As a military veteran and retired colonel, I do not – nor would I ever – condone the violence we saw today. I join with all patriotic Americans in condemning what occurred in the Capitol,” Mastriano said in a release. “There never is justification for this sort of behavior. I not only love but I fought for this country, our constitution and its rule of law.”

“When it was apparent that this was no longer a peaceful protest, my wife and I left the area and made our way out of the area,” Mastriano continued. “At no point did we enter the Capitol building, walk on the Capitol steps or go beyond police lines.”

Mastriano continued to say that it was a “sad day” for the country.

Mastriano has defended Trump following the riots as well.

He shared a Facebook post on Wednesday night that said “The only thing Trump has ever incited is love of country.” He shared another Facebook post on early Sunday morning from conservative radio host Eric Metaxas that continually claim that the presidential election was fraudulent and seemingly linking Democrats’ treatment of Trump to Nero’s treatment with Christians and Adolf Hitler’s treatment of Jewish people.

“Nero demonized Christians as the ones who burned down Rome. Hitler demonized Jews as the real reason for Germany’s woes. Dems are demonizing Trump supporters because we dare to object to the monstrous theft of a presidential election. And bc we love liberty & our country & God,” Metaxas wrote.

Mastriano shared a screenshot of that message and wrote, “Well said.”

Gov. Tom Wolf has been critical of Mastriano’s attendance at the rally, saying that he “should be held accountable and I think the voters should do that,” according to PennLive, but when asked if he’s calling for the GOP lawmaker to resign he said, “not yet.”

The Pennsylvania Capital-Star reports that Senate President Pro Tempore Jake Corman has backed Mastriano against the calls for him to resign from Senate Democrats.

“One of our fundamental rights is that of peaceful assembly,” Corman said in the prepared statement. “I talked with Senator Mastriano who shared with me that he and his wife attended the political rally in Washington, D.C., but left as the horrific turmoil began to unfold. He assured me that he did not participate in any unlawful activities. Absent facts to the contrary, the Senate has no cause to act.”