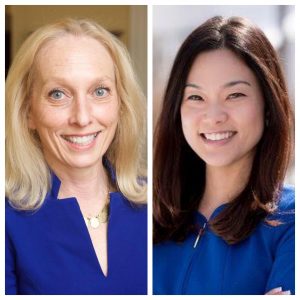 Three seats are for open the taking in southeast Pennsylvania. Two of the GOP candidates have a cash on hand advantage, but all three Democrats raised more money during the 2Q. Four of the six candidates are women, guaranteeing at least one woman being added to a current all male Pennsylvania congressional delegation.

These new districts encompass all of Delaware, Chester, and Montgomery counties, and parts of Berks and Philadelphia counties. Before the new map was drawn, these districts were represented in parts by Reps. Bob Brady (D-Philadelphia) who is retiring, Pat Meehan (R-Delaware) who resigned in April, Ryan Costello (R-Chester) who is not seeking re-election, Brendan Boyle (D-Philadelphia) who is running in the new 2nd district solely in Philadelphia, and Lloyd Smucker (R-Lancaster) who is running in the new 11th district.

From late April to the end of June, all three Democratic candidates doubled the amount of cash raised than their Republican counterparts, some of this includes money raised before their contested primaries. However, two of the Republican candidates, David and Kim ended the month of June with more cash on hand than their opponents.

Candidates from both parties are optimistic with the 2Q numbers.

Dean brought in over $250,000 during this period, but also spent the most amount of money, slightly over $530,000 from late April to the end of June. With the primary in the rearview mirror, Dean’s campaign has its sights set on other initiatives now.

“Madeleine has been getting a fantastic reception throughout Montgomery and Berks counties after her stunning victory with 73% of the vote on May15th,” said campaign manager Kathleen Joyce. “Since the primary, her focus has been on meeting voters and leaders throughout the county, as well as expanding her donor base.”

Dean’s opponent in November, David, is very optimistic about his grassroots effort thus far and feel that momentum is on his side.

“The fact that Dan David has more money and more momentum than his opponent less than four months out from the election shows that he is running a winning campaign,” said campaign manager, Brad Vasoli. “Our opponent is the only career politician in this race, yet we have twice as much cash on hand and less debt.”

David’s campaign touted his background in the business field stating that is what the voters in the 4th district are looking for.

“(That) shows how important business acumen is in a race like this, compared with a political career background,” Vasoli said.

The new 4th District voted for Hillary Clinton by 20 points over Donald Trump.

For the 5th District, Scanlon expressed optimism with the 2Q FEC filings and stressed the difficulty of winning the highly contested primary.

It was, “among the most competitive in the country, with 10 candidates vying for the nomination on election day,” said Communications Director Gabby Richards. “Despite a crowded field, Mary Gay Scanlon secured the democratic nomination, with 28.4% of the vote, through her commitment to voter engagement and outreach throughout a compressed campaign timeline. Building off momentum to flip the house, Mary Gay has received 29,720 individual contributions, raising over $1,048,249 to date.”

Entering July, Kim has the most cash on hand than any of the three Republican candidates in this region, over $290,000. Her campaign did not reply for comment on the story.

The majority Delaware County district voted for Clinton over Trump by nearly 30 points.

The 6th District is the only race where neither candidate had a primary challenger in May. Houlahan outraised McCauley by over $500,000 during this period. She also spent more ($100,000) and finished June with over $2M more on hand.

Houlahan received over $85,000 from joint fundraising committees during this period, while McCauley didn’t collect anything from them. McCauley loaned his campaign $20,000 during this period, bringing his total amount loaned to $75,000 compared to Houlahan’s own loan of $50,000 earlier in the cycle.

The new 6th District voted for Clinton by nearly 10 points over Trump.

Democratic consultant Dan Fee emphasized the impact redistricting and retirements have had on these campaigns, coupled with how successful women candidates have been in the region.

“I think all four (Dean, Houlahan, Scanlon, and Susan Wild in the Lehigh Valley) should be a in position to win this fall given how they won, the money they raised and the dynamics of this year’s elections,” Fee said.

This article has been edited to clarify the candidate loans in PA6.