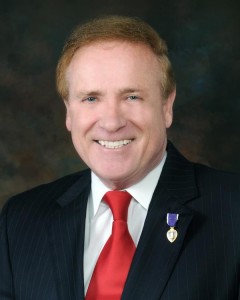 Senator McIlhinney stated in his endorsement that “Dave Christian has never shied away from doing what’s right for our country,” and “”He’s the right man to challenge Bob Casey. A businessman, American hero, and real Reagan Republican, he’s the kind of leader we’d all be proud to have in the Senate.”

Representative Murt included in his pitch that “Now more than ever, our country is starved for leadership at the federal level. We need leaders who will make the tough decisions, operate within our means, and represent us with integrity. I count David as a friend and believe wholeheartedly he will fill that role in Washington as a U.S. Senator from Pennsylvania.”

Christian thanked his endorsers by saying “I’m honored and grateful to have the support of these fine leaders.”

“Their endorsements means a great deal to me” said Christian. “State and federal legislators should partner together to draft solutions. This is another step in that direction, and when elected, I will continue to establish these partnerships across Pennsylvania.”

Christian is facing competition from several candidates for the GOP nomination including Sam Rohrer of Berks County, Marc Scaringi of Cumberland County, Tom Smith of Armstrong County, and Steve Welch of Chester County.