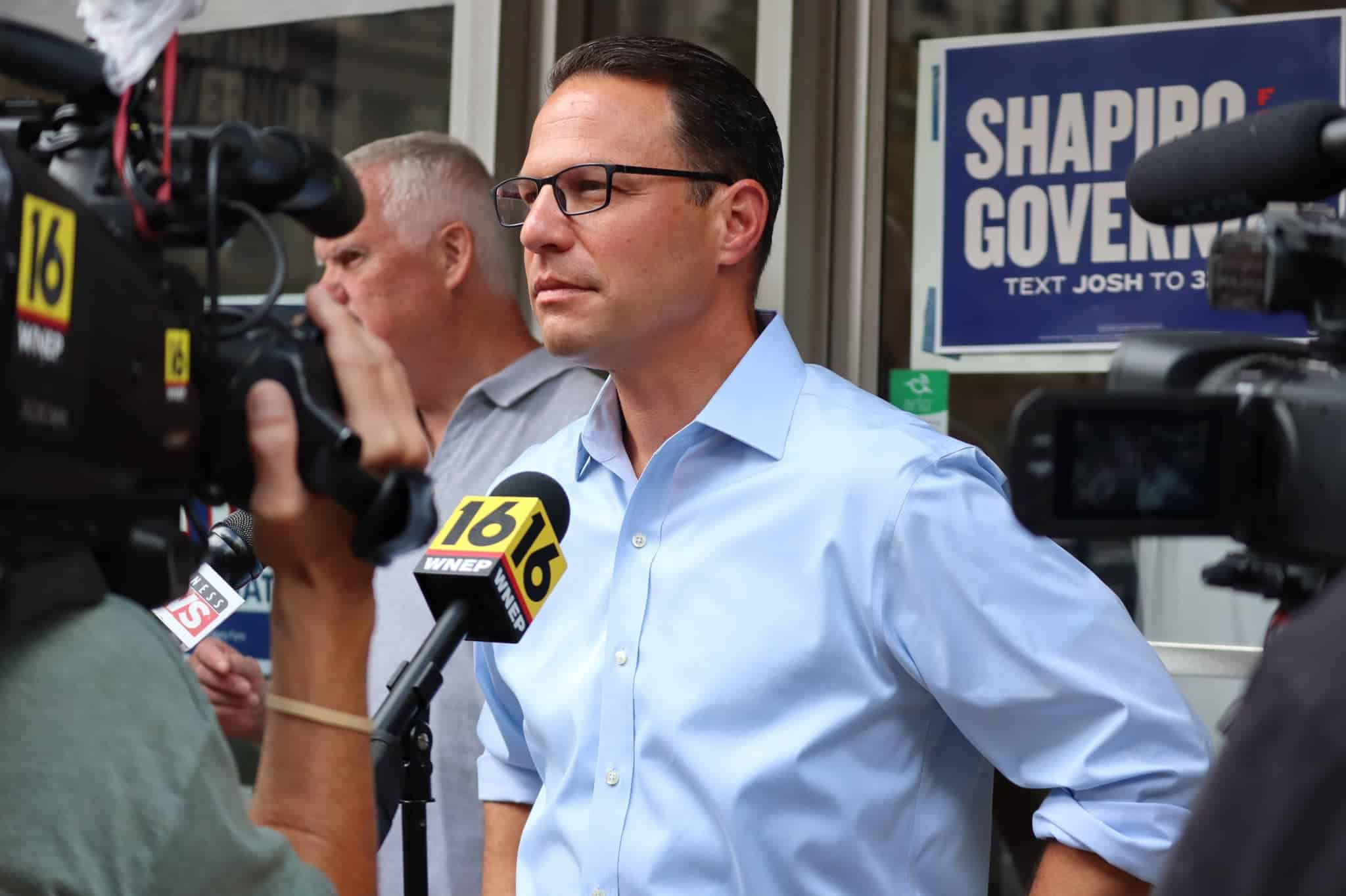 Welcome to Friday. Make it a great weekend.

1. Josh Shapiro Puts His Faith at the Center of Campaign vs. Mastriano

Pennsylvania’s Attorney General and Democratic candidate for governor describes himself as a conservative Jew from the Philly suburbs.

He is running for the highest office in the Commonwealth against state senator Doug Mastriano, who has been painted by many as a Christian nationalist who has fended off criticism that he endorses anti-semitism.

The battle for governor in Pennsylvania is one of the most significant in the country and could determine whether women have the right to an abortion and all voters have the right to cast a ballot in a pivotal battleground state. (POLITICO)

Shapiro Rolls Out New Ad Hitting Mastriano Over 2021 Thesis. “Democratic Pennsylvania gubernatorial candidate Josh Shapiro’s campaign dredged up a past thesis written by GOP candidate Doug Mastriano in a new ad on Thursday, marking the campaign’s latest effort to paint the Republican as an extremist. ” (The Hill)

As the seasons begin to change and summer vacations turn into the return to school, John Fetterman and Mehmet Oz have changed their travel itineraries from the “T” to the ‘burbs.

Should This Decision Be Made By Our Dr. Oz? Abortion Rights Fight Taking Center Stage In Pennsylvania Senate Race. “Democrats like John Fetterman are leaning hard into the abortion debate ahead of the midterms, seizing on post-Roe energy and clarifying what’s at stake if Republicans control the Senate and state governments.” (Vanity Fair)

“Philadelphia’s mayoral primary isn’t until May, and there’s a gigantic midterm election between now and then. But it’s already time to start speculating about how the city’s political class and its powerful labor unions will line up in the race to replace term-limited Mayor Jim Kenney.” (Philadelphia Inquirer)

Philly Mail Ballots Will Be Further Delayed Because of a Zoning Dispute Between the Mayor and City Council. “Council President Darrell L. Clarke issued writs of elections for the two at-large seats hours after Mayor Jim Kenney vetoed a bill aimed at preventing “smoke shops” in the 9th District.” (Philadelphia Inquirer)

Philadelphia Needs 8,500 Poll Workers For The November Election. It’s Pretty Easy to Become One and You Also Get Paid. “Have a free day on Nov. 8? Want to play a non-partisan role in the democratic process and earn a couple hundred bucks along the way?” (Billy Penn)

RJC Announcing Massive $750,000 Ad Buy in Pennsylvania. “The Republican Jewish Coalition spent $500,000 on the race in 2020 and decided to increase its spending this cycle.” (Jerusalem Post)

Democrats Choose Barb Warwick as Nominee in City Council Special Election. “Warwick’s win means she will face Republican Eugene Bokor in the special election, which will be included on the Nov. 8 ballot. The district includes areas that include Greenfield, Hazelwood, Lincoln Place and portions of Squirrel Hill.” (WESA)

This Is a Model That Works. Second Gentleman Doug Emhoff, U.S. Education Secretary Praise Allentown Schools in Lehigh Valley Visit. “Cardona and Emhoff made several stops in Pennsylvania as part of a six-state listening tour to learn about how school communities are helping students as the country recovers from the pandemic.” (Morning Call)

November Election Won’t Have Referendum on Voting Machines. “There will not be a referendum in the Nov. 8 general election asking Washington County voters whether they want to get rid of the electronic voting machines after the group pushing the effort failed to gather enough signatures to place the question on the ballot.” (Observer-Reporter)

Fayette Commissioners Address Lawsuit Over Ballots. “The Fayette County commissioners said Thursday that county officials complied with a court order to count undated mail-in and absentee ballots from the May primary. ” (Uniontown Herald-Standard)