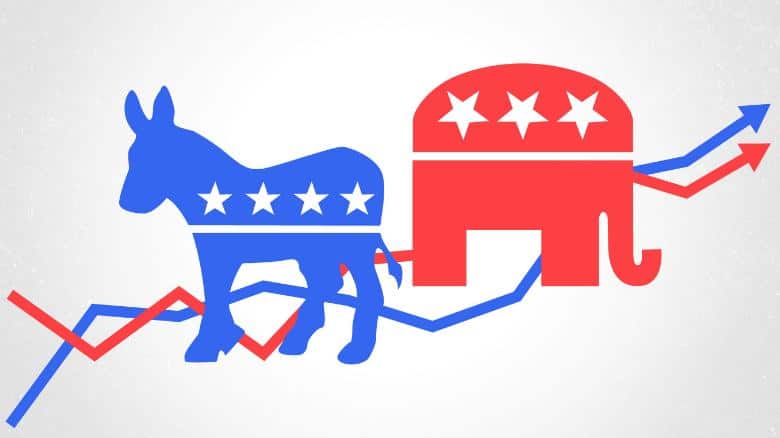 A Tuesday reminder: a poll is just a snapshot in time.

Three polls released over the last 24 hours show a wide discrepancy in the race for the U.S. Senate in Pennsylvania, while showing consensus in the chase for the governor’s mansion.

Surveys from InsiderAdvantage and Phillips Academy put John Fetterman’s lead over Mehmet Oz between 2-3 points, while the Marist Poll puts the Democrat on top by 10.

InsiderAdvantage and Marist indicate that Josh Shapiro has a margin of 13-15 points, while Phillips shows a much tighter race at 3.4 points. (PoliticsPA)

The 2022 Elections in Pennsylvania. “What is particularly unusual in these numbers, is that, with still six weeks to go, most voters have already picked sides.” (The Marist Poll)

PA Election 2022: There Will Be No Constitutional Amendments on the Nov. 8 Ballot, But Big Ones Are Looming. “Voters could face at least six proposed referendums in spring 2023, including one that could pave the way to banning abortion access.” (Spotlight PA)

In April 2020, Doug Mastriano spoke to thousands of people at the State Capitol demanding an end to pandemic restrictions across the Commonwealth.

Saturday, the state senator from Franklin County addressed a few dozen, including many of his own volunteers, at the same location.

Mastriano has found that winning a primary with the help of a former president’s endorsement is one thing … capturing a general election in a battleground state of more than 12 million people is quite a different beast. (NY Times)

A Third Term For Wolf? How Shapiro Contrasts With His Opponent & Current PA Governor. “Despite obvious commonalities with Pennsylvania’s current governor, Josh Shapiro bristles when asked whether his administration would equal a third term for Gov. Tom Wolf.” (Bucks County Courier Times)

Rebbie Mastriano Emerges as a Forceful Figure in Husband’s Campaign. “The 61-year-old former Army wife hasn’t always seemed comfortable on spotlight, but these days she is animated the moment she steps up on the stage, riling up the audience with loud whoops and thumbs-ups.” (PennLive)

Mastriano’s Supporters Say They Want Liz Cheney To Campaign Against Their Candidate, Say She’s Out of Touch With GOP Voters. “Allies of Republican gubernatorial contender Doug Mastriano say they’d gladly welcome U.S. Rep. Liz Cheney to town to campaign against their candidate, insisting that she’s not in touch with the GOP’s base anyway.” (Pittsburgh Post-Gazette)

“Gov. Tom Wolf has renewed an effort to have a state court declare a package of proposed changes to the Pennsylvania Constitution – including one that would revoke the right to abortion and another to raise the voting age to 21 – unconstitutional.

About two weeks after the state Supreme Court declined to invoke its King’s Bench power to hear the challenge, Wolf refiled the case Friday in Commonwealth Court.” (Pennsylvania Capital-Star)

How to Fake It: The Larry Krasner Impeachment Effort. “The impeachment process — which Krasner’s supporters claim amounts to political theater — has rarely been used in Pennsylvania, and the DA argues that state lawmakers lack the power to remove local officials from office.” (Axios Philadelphia)

PA House Preview: South Central. “We continue our series on the candidates for the Pennsylvania State House with a look at the south central region of the Keystone State.” (PoliticsPA)

Why a ‘Carpetbagger’ Attack is Particularly Potent in PA “There’s a good reason this attack would work better in Pennsylvania than in Arizona, setting aside the fact that Kelly has been married to a former congresswoman and Oz still has a home in Jersey. Pennsylvania is among the states with the highest percentage of residents who were born in the state; Arizona is among the states with the lowest percentage.” (Washington Post)

In Race For 1st District, Ashley Ehasz Takes Aim at Brian Fitzpatrick’s Bipartisan Brand. “It’s earned him detractors from conservative Republicans who feel he’s not supporting the values of the party. And his opponent in this year’s election, Democrat Ashley Ehasz, is calling his bipartisanship into question, especially when it comes to high-profile issues such as abortion.” (Bucks County Courier Times)

The Arrest of a Prominent Bucks County Activist Is Rallying the Catholic Antiabortion Right. “Mark Houck — president of a Catholic men’s ministry — was charged Friday with assaulting a volunteer patient escort outside of a Planned Parenthood clinic. His supporters are calling it persecution.” (Philadelphia Inquirer)

Pennsylvania Spending $45 Million to Establish Three New State Parks. “Pennsylvania is spending $45 million to add new state parks at a nature preserve in Tunkhannock, on Big Elk Creek in the Philadelphia suburbs and along the Susquehanna River near Wrightsville, officials were set to announce Tuesday.” (AP)