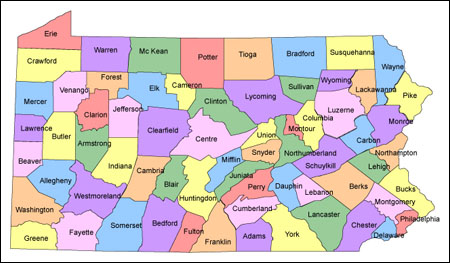 Welcome Back. Here’s hoping you enjoyed the holiday weekend.

1. Pennsylvania Stakes Its Claim as the Center of the Political Universe

We’ve always known how important the Keystone State is to national politics. Now the rest of the country is catching up.

With high-stakes, competitive races for the U.S. Senate – which could determine control of the chamber – and the governor’s mansion – which could decide the fate of abortion rights in the Commonwealth – Pennsylvania is THE state to watch this fall.

“It’s always a heavily contested state in presidential elections as well as statewide elections, and this year, we happen to have two of the biggest races in the country,” said Senator Bob Casey, Democrat of Pennsylvania. “The nation’s watching to see what will happen.” (New York Times)

Biden Talks About Importance of Labor Unions, Democracy in Labor Day Speech in West Mifflin. “President Joe Biden spoke about the importance of labor unions and democracy in a Labor Day speech Monday outside a Mon Valley union hall, while also touting his efforts to bring more infrastructure funding to Western Pennsylvania and boost manufacturing.” (Tribune-Review)

Takeaways on Trump’s Visit to Northeastern PA. “It was a night that provided insight into Trump’s approach to the midterms, Oz and Mastriano’s standing with Trump supporters, and the GOP strategy for critical Pennsylvania races.” (Philadelphia Inquirer)

Seven Races That Could Determine Control of the House. “Democrats are riding high after a recent spate of special election wins and improving polling results, but the House majority remains firmly up for grabs in November.” (The Hill)

2. Will The Ugly PA Senate Race Get Worse Over The Next Two Months?

“With two months to go before the Nov. 8 election, the pivotal U.S. Senate race between Democratic Lt. Gov. John Fetterman and Republican Dr. Mehmet Oz stands at a tipping point.

Can a race that’s been dominated by social media trolling and memes, sharper and sharper barbs, and increasingly acidic comments about Fetterman’s health get worse?

The short answer is, maybe.” (PennLive)

Senate GOP Hopefuls Look to Emerge From a Summer Slump, But Fall Recriminations Are Already Flying. “It was a summer of crises for Republican Senate hopefuls. Celebrity TV doctor Mehmet Oz stumbled in his attempts to appeal to everyday voters in Pennsylvania and squandered a head start toward the general election while Lt. Gov. John Fetterman recovered from a stroke.” (NBC News)

Where Do Fetterman, Oz Stand on Labor and Workers’ Rights? “Pennsylvania’s U.S. Senate race will play a big role in deciding which party controls the chamber next year, and one of the big policy areas affected by that control is workers’ rights.” (WHYY)

Returning to PA, Trump Calls Mastriano, Oz Vital to a Republican Takeover in 2022 and 2024. “Campaigning for Pennsylvania’s Republican gubernatorial and U.S. Senate nominees on Saturday, former President Donald Trump cast Doug Mastriano and Dr. Mehmet Oz as vital leaders in a fight to take back the state and country starting with this year’s midterm election.” (Pennsylvania Capital-Star)

The Republican National Committee announced Friday that it is taking the lead in a lawsuit against the Commonwealth of Pennsylvania for failing to administer elections equally.

“The RNC is joining with the NRSC, NRCC, Pennsylvania GOP, and concerned Pennsylvania voters to sue the Commonwealth of Pennsylvania for unequal treatment of its citizens at the ballot box,” said RNC chairwoman Ronna McDaniel in a statement. (PoliticsPA)

RNC, Other Conservative Groups File Lawsuit Against Pennsylvania For Illegally Altering Ballots. “The Republican National Committee (RNC) announced on Friday that it will lead a lawsuit against the Commonwealth of Pennsylvania over the issue of illegally “curing” ballots in elections, a process whereby election workers alter incomplete or unreadable ballots rather than treating them as the law requires.” (The Federalist)

The Five Developments That Have Reshaped the PA Governor’s Race for Mastriano-Shapiro. “The route to replacing Pennsylvania Gov. Tom Wolf has included detours involving allegations of antisemitism, an insurrection conspiracy and the weaponization of federal law enforcement.” (Pocono Record)

Despite Labor Day Weather, Union Leaders and Democrats See Brighter Future Ahead. “The skies were gray, the weather drizzly for Pittsburgh’s first in-person Labor Day parade since the coronavirus struck in early 2020. But thousands of workers thronged to Downtown Pittsburgh anyway on Monday, marching from PPG Paints Arena to the United Steelworkers international headquarters a mile away. Elected officials and union leaders alike said brighter days were coming.” (WESA)

PA Lawmakers Spent At Least $3 Million on Lawyers, Experts In Redistricting Battle, Invoices Show. “To understand how much money Democrats and Republicans spent to convince Pennsylvanians and the court system to support their maps, Spotlight PA asked the four caucuses for invoices from January 2021 to June 2022. They returned bills for work beginning in May 2021 and ending in April 2022.” (PennLive)

The Race Begins: Philly Council Members Maria Quinones-Sanchez and Derek Green Are Running for Mayor. “City Council members Derek Green and Maria Quiñones-Sánchez are both resigning Tuesday and launching campaigns for the May 2023 Democratic primary for mayor, they told The Inquirer in separate interviews.” (Philadelphia Inquirer)

Matt McGloin Announces Run for County Commissioner. “The former Penn State quarterback and NFL player on Saturday afternoon announced his run for county commissioner outside of his childhood home on South Merrifield Avenue in Scranton.” (PennLive)