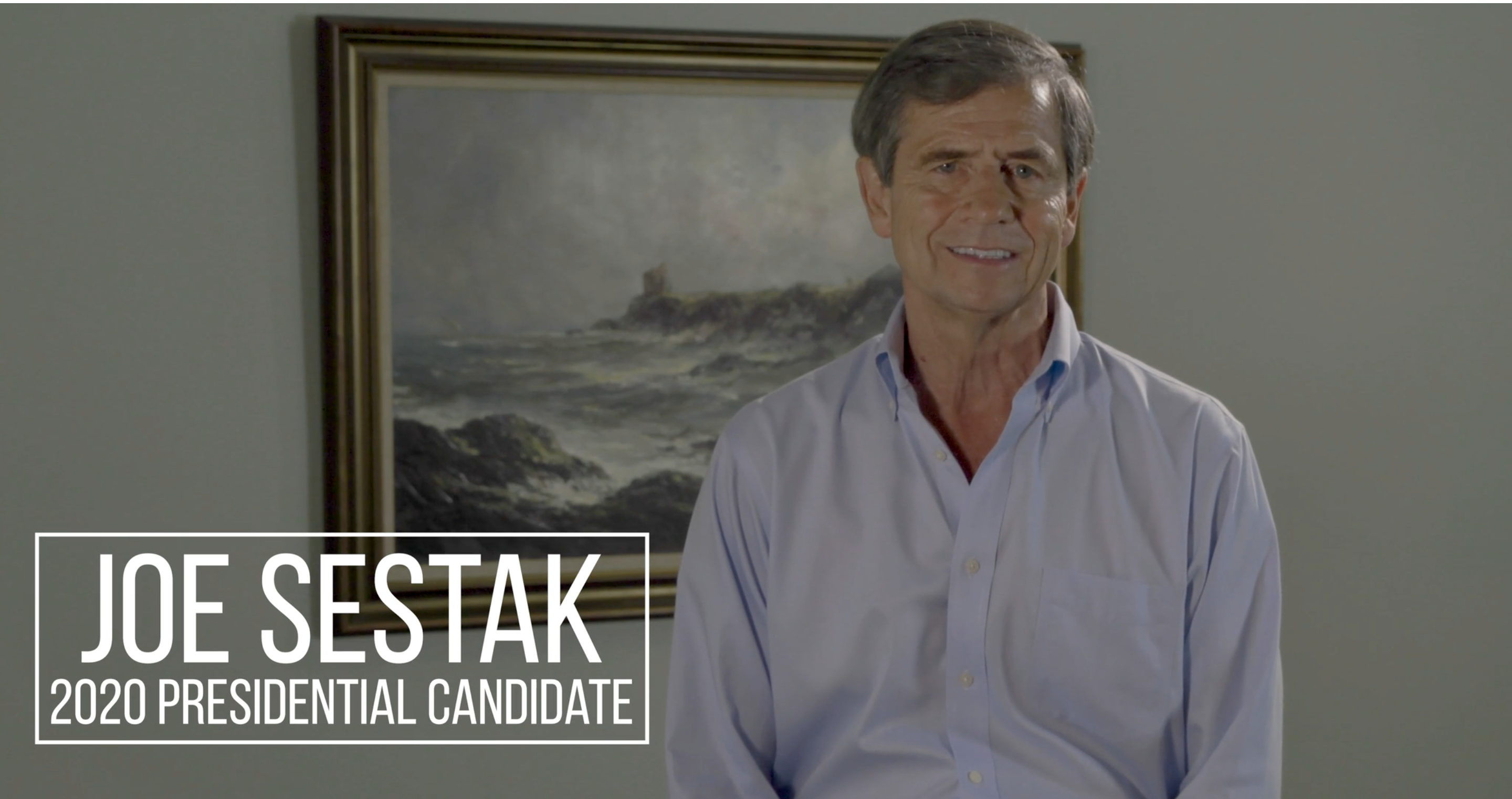 He’s back, and he’s running.

His announcement video touts his three decades of military service, earning the rank of 3-star Admiral in the Navy, as proof he’s capable of taking on the country’s challenges.

“When accountability for doing what’s needed would again mean going against engrained norms, and again at a cost” Sestak said in the announcement video. “But there is one norm. We are abandoning that is endangering the American dream.”

During Sestak’s 2010 and 2016 bids for the U.S. Senate, he faced opposition from the establishment of the Democratic Party and mentions this in his written announcement about why he’s seeking the presidency.

“We need a leader who is trusted by the people because he is willing to be accountable to them — above self, above party, above any special interest – no matter the cost to him,” Sestak’s campaign announcement reads. “That is why I originally ran for the U.S. Senate, despite the opposition of our party’s Washington establishment.”

He singled out the late Sen. Arlen Specter who he bested in the 2010 Democratic primary for, “humiliating Anita Hill.” Specter earned the support of the Democratic establishment in his re-election bid following his party switch, reflecting his crucial vote for the 2009 stimulus and 2010 Affordable Care Act – but Sestak beat him by 8 points. He lost to Senator Pat Toomey by 2 points that fall.

Sestak does not name Katie McGinty, who defeated Sestak by 10 points in the 2016 Senate primary, but said the race was a “mandate from the Democratic Senate leadership to ‘stop walking and just fundraise.’”

“The president is not the problem; he is the symptom of the problem people see in a system that is not fair and accountable to the people,” Sestak said in his written announcement.

On the issues front, he lists 12 categories in which he plans to address if elected President. Some of the issues he advocates for are rebuilding the infrastructure of the country, “Restore the Affordable Care Act and advance it with a public option to expand access to health insurance,” rejoining the Trans-Pacific Partnership and the Paris Climate Accord, and “curbing corporate power” among other positions in his “Plan for America.”

Sestak becomes the 25th Democrat to announce their intentions for the 2020 presidential nomination. He added that his later entrance into the race was due to his daughter’s recent battle with brain cancer.

He served 31 years in the U.S. Navy, rising to the rank of three star vice admiral prior to running for Congress in Delaware County. He now appears to reside in northern Virginia.

This story was updated to correct a statement made in Sestak’s written announcement. He did not vote for a Republican in 2016, but suggested that he agreed with a Republican from a town hall event during his campaign suggesting that he was right to walk the state and “just fundraise.”