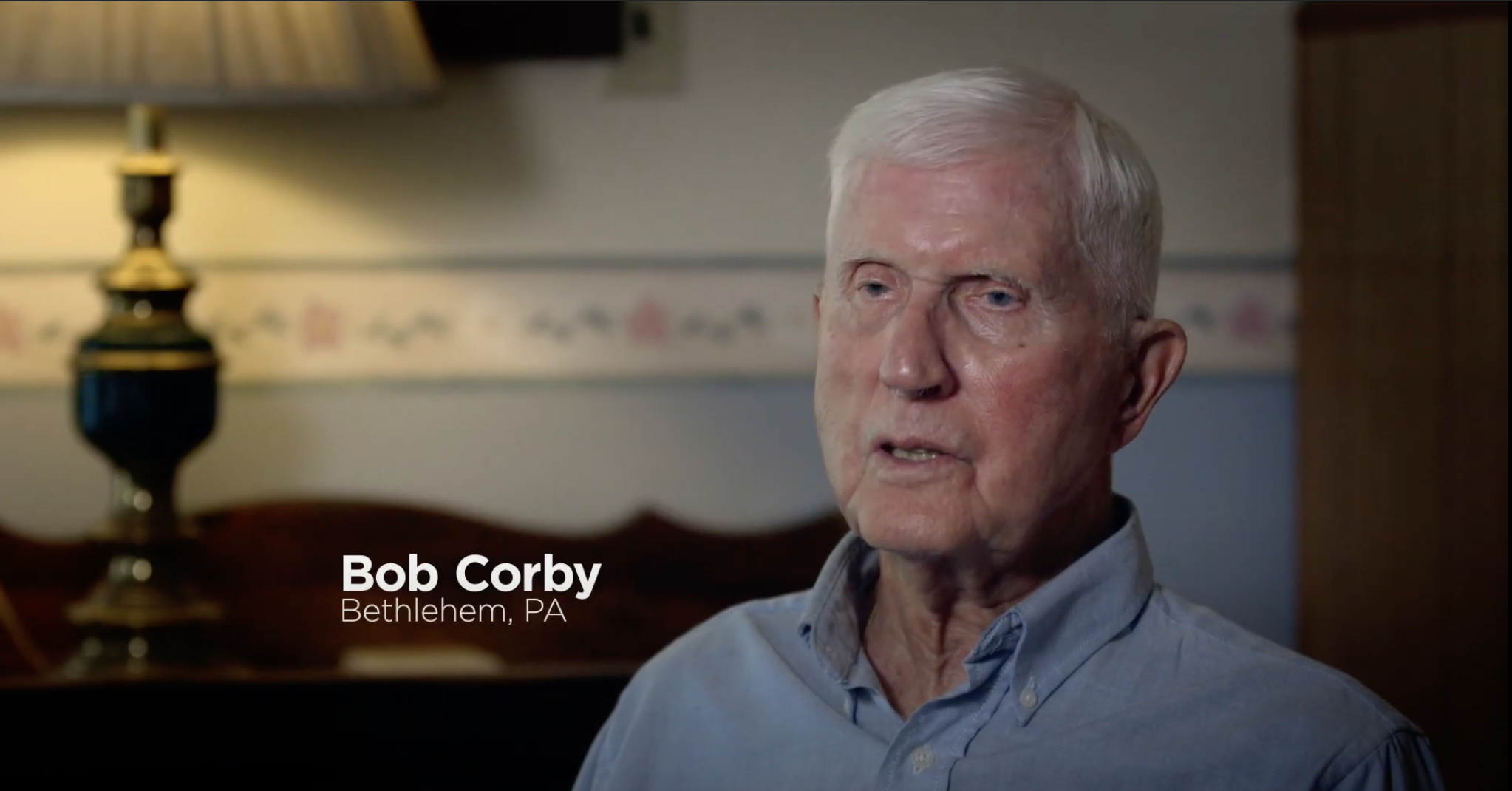 Josh Shapiro’s report about sexual abuse in the Catholic Church is one of the highest profile moments of his tenure as Attorney General. His latest ad for re-election features one of the survivors whose story he told in the 2018 report.

“I was fatherless, I was an alter boy, so I was easy pickins,” said Bob Corby, of Bethlehem. “Father Royer, I’ll never forget his name. He used to come to my house and my mother said, “Oh, how wonderful he’s taken over for being your father. Little did she know that he was actually sexually abusing me.”

Corby talks about how the abuse continued to impact his life, and affecting his relationship with his wife and children.

Toward the end of the 60-second spot, Corby thanks Shapiro for the work his office did leading a grand jury report in 2018 exposing the Catholic Church covering up the abuse of 1,000 plus victims for over 70 years in the state.

“There was many more people who should have did something and they knew about it, but never did it,” Corby said. “Josh Shapiro wanted justice done, and he knows about what was going on. That’s why he took it on. Mr. Shapiro gave us a new life. We got accountability. Thank you so much for bringing accountability for us,” Corby says.

Lehigh Valley Live profiled Corby in May 2016 about the sexual abuse he received from a priest in 1947.

In 2016, Shapiro bested Republican John Rafferty by about 2.5 points for the open AG seat. The lone public poll conducted by Monmouth University released in early September of this race showed Shapiro leading Heidelbaugh by 10 points, 51-to-41, among registered voters in the state, holding an 11 point lead, 52-to-41, among likely voters, and a 9 point advantage, 51-to-42, in a low turnout likely voter model.