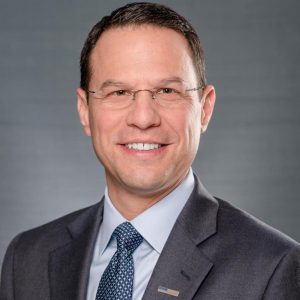 On Wednesday morning, Attorney General Josh Shapiro (D) announced that he is seeking a second term.

“Four years ago, I asked for your support when I announced my decision to run for Attorney General,” Shapiro wrote in a release. “I said we’d take on the big fights, defend the rule of law and stand up to special interests trying to take advantage of Pennsylvanians. And together, we’ve done just that.”

“That’s why today, I’m excited to announce my campaign for re-election and to humbly ask for your support once again,” he continued.

The release from Shapiro’s campaign touted his office’s effort publishing a Grand Jury report exposing decades of child abuse and cover-up within the Catholic Church, negotiating to protect healthcare for more than 3 million people in Western Pennsylvania, confronting the opioid epidemic and more.

“As the people’s Attorney General, I’ll take on anyone who infringes on the rights or well-being of the people of our Commonwealth, without fear or favor,” Shapiro wrote. “Our Attorney General must be an advocate who will uphold the rule of law, especially when institutions are exploiting their power at the expense of Pennsylvanians—and that’s exactly how I’ll continue to serve in this role.”

Shapiro remains the lone Democrat seeking the office, while Heather Heidelbaugh, a former Allegheny County Councilwoman and Pittsburgh-area attorney, is the lone Republican who has formally announced a bid for the seat. Marc Scaringi, a lawyer, columnist, and one time U.S. Senate GOP candidate, told PoliticsPA in December that he is also considering a run for the statewide office in 2020.

While Shapiro’s announcement to seek a second term was expected, rumors have swirled over the past year about him being a potential candidate for Governor in 2022 when Gov. Tom Wolf’s second term is completed, although he has not confirmed any interest in seeking the seat yet.