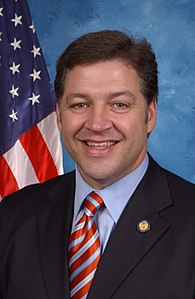 An internal poll released by Congressman Bill Shuster’s campaign has him leading his 2014 and 2016 challenger art Halverson by a 40 point margin.

The poll, conducted by Maverick Opinion and reported by the Post-Gazette, asked 447 Republicans in the district.

The release of the poll comes about two weeks after Halverson released a poll showing he was only trailing 38-36 with 26% undecided.

Campaigns will commission these types of polls and only publish the results that show them in the best position.