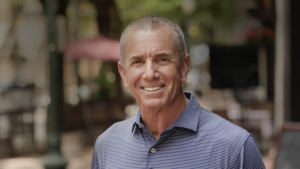 A Chester County small businessman has announced his candidacy for the 6th Congressional District.

Steve Fanelli, a Republican, said he believes that the Philadelphia suburban district seat held by Rep. Chrissy Houlahan (D-Chester) needs “new and principled leadership that’s in line with the values of the average 6th district voter,” in his campaign announcement on Tuesday.

“I’ve spent the last 30 years building a business, employing hundreds of people right here in the 6th district along the way,” said Fanelli. “This area has been very good to my family and to me.  Throughout those years we have always found ways to give back to our neighbors the way I was taught and as I teach my children today.”

“I’m running for Congress because I believe the best way ahead for our communities is to elect a real and principled public servant to Congress with the experience to back it up,” he continued. “6th district families deserve a representative who stands up and fights for workers and families – not an extreme, partisan agenda.”

Fanelli also released a 2 minute campaign announcement video and cited his opposition to “extreme liberal policies such as the Green New Deal, defunding our police, dramatically raising taxes to pay for massive spending programs, and enlarging and packing the Supreme Court” in his campaign press release.

Fanelli is currently one of two Republicans who have filed for the seat held by Houlahan.

Houlahan was first elected to Congress in 2018 by besting Republican Greg McCauley by 17 points for the open seat.

She secured a second term in 2020 to represent the 6th Congressional District by defeating GOP challenger John Emmons by 12 points. According to Daily Kos, Joe Biden bested Donald Trump by 15 points in the Philadelphia suburban district.

For several months, Houlahan was mentioned as a potential candidate for U.S. Senate, but announced in June that she will be seeking a third term in the House in 2022, instead of launching a campaign for statewide office.

Houlahan is currently one of four Democrats in the state targeted by the National Republican Campaign Committee to flip in 2022, along with Reps. Matt Cartwright (D-Lackawanna), Conor Lamb (D-Allegheny), and Susan Wild (D-Lehigh).