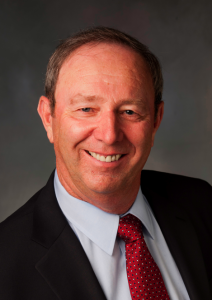 Tom Smith, the coal industry veteran and former Tea Party leader, is working to broaden his appeal in southeastern Pa. The Armstrong County native and prospective opponent to Sen. Bob Casey today announced that his campaign is opening a new office in Montgomery County, and bringing on Tom Stoner as SEPA Director.

Sound familiar? That’s because Stoner, of Philadelphia, recently managed the campaign of Jenny Brown and Bruce Castor, the Republican candidates for Montco Commissioner. He’s also a former Philadelphia ward leader and has worked for the Republican National Committee and the McCain-Palin Presidential campaign.

He won’t have to go far for his new job: Smith’s campaign is moving into the very office where Castor-Brown was headquartered. It’s a cozy two-story at 800 Penllyn-Blue Bell Pike in Blue Bell, with plenty of phone lines and space for volunteers. It was also an office for Tom Corbett’s gubernatorial campaign in 2010.

It was a tough year for Republicans in the county: Democrats Josh Shapiro and Leslie Richards took first and second in the race, while Castor took third.

Smith also has a western Pa. office in Oakmont, along with space in his home in Shelocta.

“My family and I have been overwhelmed by the outpouring of support we’ve received from Republicans across Pennsylvania,” said Tom Smith. “We are excited to add someone with Tom Stoner’s depth of experience to our team, and to expand our presence in this crucial region as we continue to build momentum.”

His campaign has been fairly active in the past month, including its launch of a $160,000 television ad campaign. Largely self-funded, Smith is the first candidate to open an office not located in his or her geographic  base.

The space is about equidistant from two of his primary opponents: Steve Welch, an entrepreneur from Chester County; and David Christian, a businessman and veterans’ advocate from Bucks County.