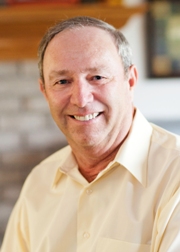 Tom Smith of Armstrong County is leading the field of Republicans hoping to take on Senator Bob Casey, according to an polling memo released by Smith’s campaign Tuesday.

“Smith’s early lead is indicative of his strong biography and message that is resonating with Republican voters. The campaign’s ability to get that message out through paid media has been important to the lead,” Republican strategist and pollster John McLaughlin said in a press release.

Smith became the first 2012 U.S. Senate candidate on television this month, as his campaign launched a $300,000 ad buy (after doubling the initial $160K buy). It shows in his name ID: 31 percent of respondents had a favorable opinion of Smith, compared to just 13 percent who had any opinion of him in a November Public Policy Polling survey.

Rohrer’s 15 percent in Smith’s survey compares to a much stronger 25 percent in the independent PPP poll, which was fueled by high named ID from Rohrer’s 2010 bid for governor. All other candidates were in single digits in the PPP, including Smith at 3 percent.

It’s a Smith-sponsored poll, so take it with a grain of salt. A campaign usually releases an internal poll for one of two reasons: fundraising or legitimacy.

The first, to boost fundraising prospects, probably doesn’t apply to him. Smith loaned three quarters of a million dollars to his campaign during the third quarter of 2011, and sources say he’ll show even more in Q4.

More likely his motive is the second: to show legitimacy. Most of the nine Republican candidates have their eyes on the GOP State Committee endorsement at the end of January. Smith, a first-time candidate, wants to show that he is the front-runner. This could help him win an endorsement, but just as valuable for a self-funder it could keep the party’s resources on the sidelines.

The campaign did not release full polling results, so the negatives for each candidate and the regional crosstabs are not available to the public.

The survey was conducted by the GOP polling firm McLaughlin & Associates. The accuracy of the sample of 400 likely general election voters is within +/- 4.9% at a 95% confidence interval. Respondents were selected based on their likeliness to vote in the 2012 primary, and the results were weighted based on demographics.

“Smith’s early lead is indicative of his strong biography and message that is resonating with Republican voters. The campaign’s ability to get that message out through paid media has been important to the lead,” Republican strategist and pollster John McLaughlin said of the findings.

“We’re overjoyed by the positive response we continue to receive from voters across Pennsylvania,” said Campaign Manager Jim Conroy.  “Tom’s tireless work ethic, ability to connect with the electorate and commitment of resources demonstrates his seriousness about being the Republican to face Senator Casey.”

KEY FINDINGS:
More voters have a “favorable” opinion of Tom Smith than of his opponents:

METHODOLOGY:
This survey of political attitudes was conducted among 400 likely Republican primary voters on December 21st, 2011, in Pennsylvania.

The survey was conducted using an established automated polling methodology. Calls were placed to randomly-selected phone numbers through a process that insures appropriate geographic representation based upon a likely Republican primary turnout model. All calls were placed to Republican primary voters from a list of past Republican primary voters. Voters were screened to be registered Republicans who are likely to vote in the 2012 Republican primary. After the calls are completed, the raw data is processed through a weighting program to insure that the sample reflects the overall population in terms of age, race, gender, political party, and other factors. The processing step is required because different segments of the population answer the phone in different ways. For example, women answer the phone more than men, older people are home more and answer more than younger people, and rural residents typically answer the phone more frequently than urban residents.

The population targets were based upon Republican primary data, a series of screening questions to determine subject knowledge, likely voters, and other factors. McLaughlin & Associates determines its partisan weighting targets through a dynamic weighting system that takes into account voting history, statewide trends, and recent polling. The accuracy of the sample of 400 likely general election voters is within +/- 4.9% at a 95% confidence interval.

With which political party are you registered?
-Republican  100%
-Democrat  0%
-Independent/Other  0%