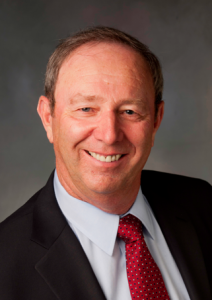 Coal industry veteran Tom Smith scored a relatively easy win Tuesday, with Sam Rohrer in a distant second and Steve Welch in third. His victory sets up a general election matchup with Sen. Bob Casey and embarrasses the Pa. Republican Party – and Gov. Tom Corbett – who backed Welch. Smith vastly outspent his opponents, almost 3 times all of them combined.

“I am grateful to my family, my supporters, countless volunteers and the Republican voters of Pennsylvania,” said Smith.  “I also extend my respect and gratitude to my primary opponents – each of whom ran a spirited campaign. I know that each of them will continue to be strong advocates for the principles of limited government, lower taxes and economic freedom.”

“This election will be about Senator Casey’s record.  In his six years in the Senate, Casey has been President Obama’s most trusted ally in massively expanding government, ballooning the debt, and eroding our freedoms.  A half-million unemployed Pennsylvanians deserve a Senator with the real world private sector experience to get our economy back on track.”

Casey cruised over primary challenger Joe Vodvarka of Allegheny County, who received a notable 132,570 votes – 19.2 percent – against the incumbent Senator.

Smith showed a strong performance across the state, winning 58 of 67 Pa. counties. He even scored sizable wins in his opponents’ backyards. He took Montgomery County and the City of Philadelphia by double digits. Of the 9 counties he lost, 4 were home to his opponents; 4 others went to Rohrer, and 1 went to Welch.

The Post-Gazette covered Welch’s concession speech, which sounded a conciliatory note: “The differences in this race, I believe, were not great. We very much shared the same views. There were certainly differences in style and tone, but Tom is going to carry the torch here in Pennsylvania.”

Sam Rohrer spoke of his lessons learned and took a jab at Smith’s financial dominance: “One thing we’ve learned  from this is that the machine is not all powerful. We also learned, unfortunately, that money does speak.”

In the end, the loyalty of grassroots supporters for Rohrer and institutional advantages of the endorsement for Welch couldn’t overcome Smith’s dominance of the TV airwaves.

The Republican now faces an uphill battle against a Senator with an edge in money and name ID. Casey reported $5.2 million on hand at the beginning of April.

“I’d like to congratulate Tom Smith on a hard-fought victory and endorse his candidacy,” Toomey said. “Tom is a self-made man from humble origins who understand the value of hard work. His understanding of job creation and his vast private sector experience is exactly what our government needs right now. I look forward to supporting his candidacy in the coming months.”

Democrats were ready for him; as the results emerged party Chairman Jim Burns issued a statement on the race and Corbett’s endorsement:

“The Tea Party has spoken: Tom Smith, the founder of a Tea Party group, wins.  With a historically low vote total, Pennsylvania Republicans nominated a candidate so far outside the mainstream the Pennsylvania Republican Party refused to back him. Despite depleting his $5 million personal loan, Smith limped out of a Republican primary field that independent observers labeled as ‘thin on formidable candidates’ and a ‘bad litter’. Smith’s victory shows the weakness and unpopularity of Tom Corbett and the Republican brand in Pennsylvania.”

“We congratulate Tom Smith on winning the Pennsylvania Republican Senate Primary.  The difference in this race couldn’t be more clear.   Tom is a proven job creator who believes we need less government spending and lower taxes, while Bob Casey has voted in lockstep with Barack Obama and his agenda of higher taxes and increased government regulation.  It’s time to restore fiscal sanity and pro-jobs policies in Washington D.C. and we can do that with Tom Smith as the next U.S. Senator from Pennsylvania.”