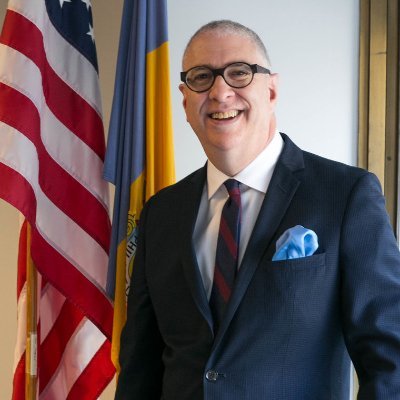 A political consultant and former chief of staff to Sen. Arlen Specter has joined the 2022 Republican race for U.S. Senate.

Craig Snyder formally declared his candidacy for the statewide race on Wednesday morning.

“I’m running to see to it that neither Trumpism nor socialism own our public debates, neither White Nationalism nor ‘Woke’ Social Justice extremism define our culture, but that, instead, a common-sense conservatism, which I believe is the path to our BEST possible future, and the authentic majority viewpoint, has its voice heard, it’s values respected, and it’s victory won,” Snyder said in a press release about his candidacy.

Snyder also released a campaign announcement video at the site of the first Republican National Convention in Philadelphia, where he calls for a post-Donald Trump GOP in the 2022 election.

“Right here, the earliest Republicans decided what this party would stand for,” Snyder says in the campaign video. “In next year’s election, this party must again decide what it stands for and why it deserves the support of a majority of all voters.”

Snyder goes on in the video to criticize the Republican Party for controlling the White House, the Congress, and the Senate and losing them all in the last 4 years and says that voters have recently viewed them as “even crazier” than then “ever increasing radicalization of the political left.”

In his campaign announcement, Snyder announced that he’s being backed by former Congressman Jim Greenwood (R-Bucks).

Greenwood signed onto a letter in January joining 25 former GOP members of Congress calling for Trump to be impeached following the riots at the Capitol in Washington D.C. on January 6.

Steve Crim, a veteran GOP operative who worked on Larry Hogan’s successful campaign for Governor of Maryland, joins as a General Consultant to Snyder’s campaign. Ann Herberger, a longtime finance director for Jeb Bush, Marco Rubio, and other prominent GOP figures, will serve as the Fundraising Consultant for the Snyder campaign. Chris Mottola will work as the Media Consultant for the campaign, while Emily Matthews will be the campaign’s Communications Consultant.

While Snyder just formally announced his entrance into the race on Wednesday morning, he’s been mulling a run for months.

In March, the Philadelphia Inquirer reported that he launched an exploratory committee. In late-June, he filed a statement of candidacy with the Federal Elections Commission for U.S. Senate.

Snyder joins the statewide GOP race as the lone candidate hoping for the party to move on from Trump.

“As the rest of the Republican candidates for Senate in Pennsylvania fall over each other during this Primary election, looking backwards to the Trump administration, my campaign will look forward to being able to defeat the Democratic nominee in the fall of 2022, almost certain to be an extreme leftist out of touch with the majority of Pennsylvanians,” Snyder said in his campaign announcement.

During the 2016 presidential election, Snyder launched a super PAC supporting Sec. Hillary Clinton’s campaign for the White House, according to the Philadelphia Inquirer.

In February, Snyder went to bat for Sen. Pat Toomey by penning an op-ed published by the Philadelphia Inquirer that called on the Pennsylvania Republican Party to not censure the GOP Senator over his vote to convict Trump in January.

Snyder also issued an op-ed published by the Delaware Valley Journal in February that laid out his “Manifesto for a Post-Trump GOP.”

Snyder, a Philadelphia Republican, also emphasized the field currently being “geographically diverse,” which he believes will divide up the vote, in a previous interview with PoliticsPA in early-July.

Kathy Barnette, a veteran and conservative commentator who was the GOP nominee for Pennsylvania’s 4th Congressional District in 2020; Jeff Bartos, a Montgomery County real estate developer who was the GOP Lt. Governor nominee in 2018; Sean Gale, an attorney; Sean Parnell, a combat veteran and author who was the GOP nominee for the 17th Congressional District in 2020; Carla Sands, former U.S. Ambassador to Denmark, Everett Stern, a businessman and HSBC whistleblower, have all formally declared their intentions for the GOP nomination in the race to succeed outgoing GOP Sen. Pat Toomey.