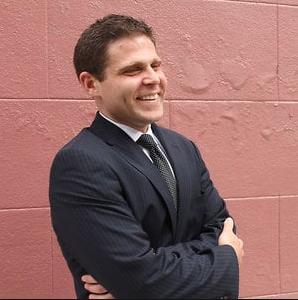 First reported by the Northeast Times, state Rep. Jared Solomon (D-Philadelphia) announced his support for Bloomberg’s bid for the White House on Thursday.

In a statement to PoliticsPA, Solomon said that Bloomberg has a proven track record of positively impacting communities like the 202nd state House District that he represents in Northeast Philadelphia.

“My district in Northeast Philadelphia is the most diverse in Pennsylvania,” Solomon said. “I see new immigrant families who want to start businesses, and current businesses like restaurants, preschools, and hair salons want to expand. They need help, though — start-up funds and bridge funding when a crisis comes up. Mayor Bloomberg has left his mark on communities like mine. He knows how to build up commercial corridors that create development opportunities in all our neighborhoods.”

Bloomberg formally launched his presidential bid in November, joining the crowded field of Democratic hopefuls months after their campaigns started. Due to his later entry, Bloomberg has elected to bypass key early states prior to Super Tuesday and place his focus on other delegate heavy states, including Pennsylvania.

During a rally at the National Constitution Center in Philadelphia earlier this month, Bloomberg detailed various platform positions, while making the case that he is the candidate best suited to defeat President Donald Trump in a general election.

Solomon also echoed these sentiments, saying that Bloomberg is capable of building a coalition of winning swing states like Pennsylvania.

“If we want to defeat Trump, we need a candidate with the broadest appeal possible,” Solomon said to PoliticsPA. “The same quality that made Mike Bloomberg such a success as mayor — the instinct to look past party labels and work across the aisle to get things done — will help him build the coalition we need to win Pennsylvania and other swing states.”

While the second term state representative from Philadelphia is the first member of the Pennsylvania state legislature to endorse Bloomberg’s candidacy, the former New York City Mayor and billionaire has also been endorsed by former Philadelphia Mayor Michael Nutter, who serves as the campaign’s national political co-chair, and Aliquippa Mayor Dwan Walker and Media Mayor Bob McMahon.

While Biden has remained the leader in the Real Clear Politics Democratic presidential primary polls in the state, the most recent Franklin & Marshall College poll released in late January showed his support slipping a bit while Sen. Bernie Sanders gained ground to leap into second place over Sen. Elizabeth Warren, who was in third place, and Bloomberg in fourth place, trailing Biden by 15%. The most recent F&M poll was the first time Bloomberg was included, due to his later entry into the race.

The Real Clear Politics national average shows Sanders leading the field with 23.6%, followed by Biden with 19.2%, Bloomberg in third place with 14.2%, Warren in fourth place with 12.4%, and former South Bend Mayor Pete Buttigieg in fifth place with 10.6%. The rest of the Democratic candidates are in the single digits in the RCP national average as of Saturday.