State of Play in Altmire/Critz Race 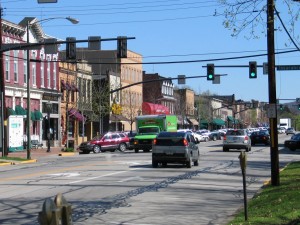 BEAVER, Pa. – The hard-fought primary battle between two Democratic incumbent congressmen – Jason Altmire and Mark Critz – appears to be turning on a question that only a political theorist could love. In a low-turnout primary with two credible incumbents, can the one with wider name recognition and a home-field advantage (in this case, Altmire) beat out the one who has the backing of the district’s most influential interest group (Critz, with strong support from labor unions)?

In the district – a sprawling hybrid drawn in a Republican-dominated redistricting process – Altmire began the race with an edge. Roughly two-thirds of the geographic area, including portions of Allegheny, Beaver and Westmoreland counties, came from his old territory, and his three terms in Congress gave him extensive name identification. Critz’s district, by contrast, was based in Johnstown, which is geographically distant from Altmire’s old territory, meaning that much of the district didn’t know him very well.

This advantage has produced leads for Altmire ranging from 7 points to 24 points in recent polls. But Critz has received almost unanimous — and energetic — support from labor unions, including an endorsement this week from the state AFL-CIO. These unions are offering him an infrastructure of volunteers and a sense of momentum – quite possibly enough to make this contest a nail-biter.

“This will be a test of whether labor leadership can sway members and turn out a pro-Critz vote” in Altmire’s home territory, said Ray Wrabley, a political scientist at the University of Pittsburgh at Johnstown. “From my conversations with some of the Critz and labor people, I sense some confidence that they will make some inroads in the western part of the district and make this a very close race.”

A series of interviews in this blue-collar corner of western Pennsylvania suggest that labor is giving high priority to the Altmire-Critz face-off, which is taking place on a day when Democratic voters will have relatively little else of interest on the ballot.

Unions hope to make the race an example of how they can flex their political muscle in an era when workers’ rights are under attack by Republicans emboldened by victories at the ballot box in 2010.

Dennis Powell, who serves as financial secretary for the United Steel Workers Local 8183 and works at a soon-to-be-shuttered zinc smelter, sees the local Democratic establishment as lacking the kind of resources to match what unions have.

“Just today, we’re having phone banking,” Powell said about a month before primary day, over lunch at the Towne Square restaurant in downtown Beaver. “We will hit all the union people in western Pennsylvania two or three times to let them know why we’re supporting Critz. We’re trying to put foot soldiers on the ground to get his name and policies out there.”

A subtext of the focus on labor resources is the lawsuit Critz filed against Altmire for allegedly not securing enough signatures to get on the ballot. Altmire dodged a bullet when the court kept him on the ballot, but even his backers acknowledge that the legal challenge shined a light on a lack of organization on Altmire’s part – something the Critz camp hopes to exploit.

Union officials say they have worked with Altmire in the past and don’t feel personal animus toward him. Indeed, observers say that the ideological differences are probably outweighed by the stylistic ones.

“Altmire’s the cool, smooth, consummate politician while Critz has more of an ‘everyman’ demeanor,” said one political observer in the district. “You could imagine having a beer with Critz and shooting the breeze. Altmire’s a nice guy, but he hardly ever seems relaxed and not in political mode.”

But union officials add that they were irked by Altmire’s vote against the Democratic health care bill in 2010. Critz has said that he too would have voted against the bill; he wasn’t yet a Member of Congress when it came to a vote, earning his seat later when he won a special election to succeed his late boss, John Murtha. But Critz has since said that he would not advocate the bill’s repeal. 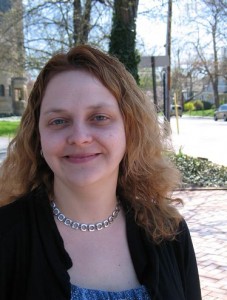 “Critz has always been with us on issues that matter to working families,” said Jessica Walls-Lavelle, a spokeswoman for the state Service Employees International Union. “Altmire has taken votes we’re not happy with.”

For their part, Altmire’s supporters cite the ties he’s built to much of the district.

“The past few years, Jason has been a very attentive representative, always there if you need him,” said Rich Hrivnak, the mayor of Plum Borough. “I can call him on his cell and he personally picks up.”

Jon Delano, the money and politics editor at KDKA-TV in Pittsburgh, said he “would not discount the importance of geography” in the race.

“In the North Hills of Allegheny County and Beaver and parts Westmoreland, the notion of having a congressman from Johnstown — it just doesn’t set well,” Delano said. “It remains to be seen whether Democratic voters in the western part of the district are willing to vote for someone who lives so far away.”

Altmire supporters echo the sentiments of some national Democratic strategists who suggest that Altmire’s ideologically moderate profile could make an easier race in the general election. The Democratic nominee is expected to face Republican Keith Rothfus in the fall in a race that’s expected to be competitive regardless of who wins the Democratic primary. In 2010, Altmire eked out a victory against Rothfus, a little-known Republican, during a strongly Republican year.

“I’m a lifelong independent,” said Jack Manning, a retired chemical county executive in Beaver County. “I have nothing strongly against Critz, but Jason has always been much more centrist, like I am.”

While Altmire supporters acknowledge that Critz benefits from union support, they caution that the support of union leaders does not necessarily translate into rank-and-file votes.

“Today, you cannot force someone to vote how you want them to,” said Dan Donatella, a retired Beaver County commissioner and Altmire backer who has served as a local Democratic chairman and state committeeman. “People will vote as they want to vote, and may even be insulted if you show them how you want them to vote.”

Experts say it’s an open question whether labor support can carry the day for any candidate in the current political environment, though unions do remain particularly strong in industrial areas of the Midwest, including southwestern Pennsylvania.

Republican attempts to curb collective bargaining in such states as Wisconsin, Indiana and next-door Ohio “woke a sleeping giant,” said Melanie Blumberg, a political scientist and an expert in labor unions and politics at California University of Pennsylvania, which is in Critz’s old district. “The question is whether they can keep it up, and how well unions will mobilize their members. It’s anyone’s guess.”

While both candidates have addressed jobs, Critz has made a focal point of his ads the argument that he’s worked to save local industrial jobs. As a long-serving aide to Murtha – whose ability to steer federal assistance to his district was legendary – Critz took a hands-on role in promoting economic development in the region over many years. Critz’s ads have been running in areas of the district where he isn’t already well known.

“His ad makes a powerful statement about keeping jobs in western Pennsylvania and how we can compete with anyone,” said Pam Lezark, a Critz volunteer from Plum.

Kirk Holman, a longtime political observer in southwestern Pennsylvania and a former Republican official, said Critz’s message “that he is and always has been about jobs will resonate in places like Beaver County.”

Ironically, there’s actually a greater degree of economic optimism here than there is in other places nationally. After a decades-long decline, the region is experiencing slow economic recovery, some of it due to Marcellus shale gas drilling, some of it from the absence of a real estate crash, and some of it from a re-emergent manufacturing sector.

For instance, even though the zinc plant where Powell works is slated for closure, there’s a good chance that Shell will build a $3 billion cracking plant nearby, providing a source of replacement jobs.

Hrivnak, the Plum mayor and Altmire supporter, said his full-time job in human resources has made it clear to him that the area is in comeback mode.

“I can tell you any number of signs that the economy is improving,” he said. “Is it a boom yet? No. But over the past four years, you can truly see the upswing. There is more hiring going on, and people seem to be more optimistic about what’s ahead.” 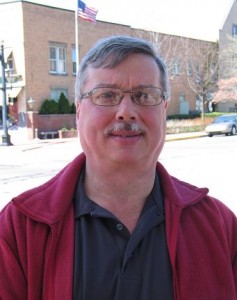 Powell, the Critz supporter, agrees. “People who are losing jobs are finding jobs,” he said. “For generations, you assumed that you followed your father into a mill, and then for a generation you assumed you had to leave to find a job. That’s beginning to change.”

Whoever ends up winning the Democratic primary, supporters on both sides acknowledge that the Democrat won’t be a shoo-in in November.

“The numbers speak for themselves,” said Walls-Lavelle of the SEIU. “We do not take it for granted at all in the fall. It will be tough no matter who comes out the winner in the primary.”