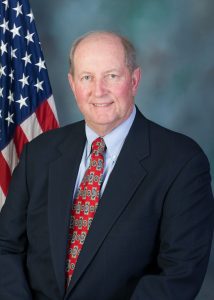 Jozwiak’s office issued a statement on Wednesday afternoon announcing the positive result and added that he is currently resting and self-quarantining at home.

“I’m focused on following the advice of my doctor and taking the steps necessary to recover from this disease,” Jozwiak said. “I’m grateful for the health care workers on the front lines of this pandemic and the excellent medical treatment I have received.”

“At least this happened at a time when I won’t be missing any important votes in the state Capitol,” Jozwiak continued.

According to the press release, Jozwiak’s district office at the Reading Regional Airport remains open.

Jozwiak is the tenth member of the Pennsylvania General Assembly to test positive for COVID-19.