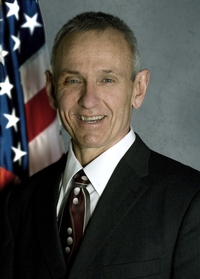 State Rep. Sid Michaels Kavulich died this morning at the age of 62 from complications of open heart surgery, according to The Times Leader. He underwent surgery to place an aortic valve earlier this month at a hospital in Philadelphia. During the procedure, surgeons encountered complications during the surgery related to an aortic aneurysm a decade ago, according to the Times Leader.

We are so sad to tell you that Sid  passed away overnight due to complications from heart surgery.
Please join us in keeping his family and friends in your thoughts and prayers.
– Rep. Kavulich’s staff

State House Democratic Leader, Frank Dermody, released the following comments on the passing of his colleague.

“Sid was always gracious and engaging. He enjoyed working with people and really getting to know them. That’s why being a representative was such a good fit for him,” Dermody said.

“We knew Sid had a big challenge and we were pulling hard for him. Just yesterday nearly all of us in the Democratic Caucus signed a huge Get Well card for him.”

Gov. Tom Wolf ordered the state flags to fly at half-staff to honor Kavulich, who he described as a “dedicated community advocate” and a “tremendous friend.”

Rep. Kavulich was passionate about life, whether it be sports or public service. The people of NEPA lost a dedicated community advocate and we all lost a tremendous friend. Our thoughts are with Sid’s family, especially Linda and his children, and his colleagues and constituents. https://t.co/H133wunTr0

Before being elected to public office, Kavulich was a sportscaster at WBRE-TV 28/WYOU-TV 22.

Pennsylvania Speaker of the House, Rep. Mike Turzai released the following statement about Kavulich, who he viewed as “gracious and thoughtful person” and a “deeply spiritual gentleman.”

“We are all deeply saddened at the loss of Rep. Kavulich. Rep. Kavulich was a gracious and thoughtful person and a legislator who was deeply committed to the constituents of the 114th District.  Further, he was a deeply spiritual gentleman, often giving the House of Representatives’ opening prayer.

“Rep. Kavulich brought with him a long and successful career in broadcasting to the Capitol.  He covered all manner of sports topics as a broadcaster – and was also instrumental in having the Catholic Church broadcast masses and pilgrimages.  He was also formerly president of the Catholic Social Services of the Diocese of Scranton.

“We will miss his kindness, his congeniality and his humble leadership.  Our thoughts and prayers are with Rep. Kavulich’s wife, Linda, and children, Loni, Ariel, and Zachary,” Turzai said.

The State House Democratic Leader explains that this is a difficult time for the House, but they will remember their colleagues through happy memories.

“These are very tough days for the members and staff of the House,” Dermody said. “The happy memories of both Sid and Mike will help to sustain us all.”