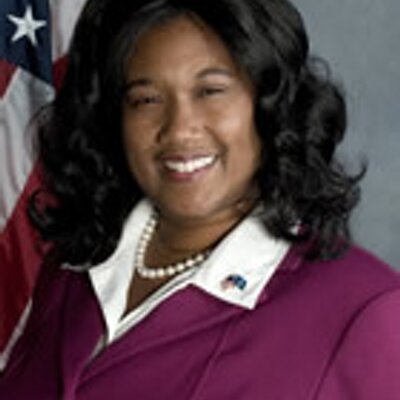 According to the Philadelphia Inquirer, Brown delivered a tearful speech to the Dauphin County Court Judge Scott Evans that she was “deeply sorry and extremely remorseful that my actions have taken me from my community…. I just wish that I had made better decisions.”

Brown, 52, is the representative of the 190th House District and was the last defendant in the “ambitious and controversial sting investigation launched by state prosecutors nearly a decade ago, but secretly killed by then-Attorney General Kathleen Kane,” the Inquirer reports.

Brown was awarded another term last month after she ran unopposed in the 190th state House District.

Due to her convictions, Brown is expected to lose her pension and lifetime benefits, which she would have been qualified for since she is approaching the end of her fifth two-year term in the state House, but as of yesterday afternoon, she has yet to resign.

The Inquirer reports that it is unlikely she will resign before January 1, when representatives are sworn in for the next session.

Bruce Ledewitz, a leading expert on Pennsylvania constitutional law at Duquesne University tells KYW Newsradio that she will not be able to serve in the upcoming session.

“A conviction of a count of bribery is an automatic disqualification from any public office, but specifically from the General Assembly,” Ledewitz said.

According to the Inquirer, there are exceptions to this though, citing a former GOP lawmaker from Lackawanna County, state Rep. Frank Serafini who was convicted of perjury and sentenced to five months in prison, but refused to step down. While Serafini pursued appeals, the Democrats attempted to expel him from the state House, but the GOP held a slim majority did not allow this effort to go through.

Serafini eventually did step down before his term was over.

According to the Inquirer, Brown’s case “holds some similarities” to Serafini’s case.

On Friday, the judge cited the case’s “racial and political overtones”, which the Inquirer writes that Brown will likely “seize on those comments in her appeal.”

A special election could be held next year if she vacates the seat.