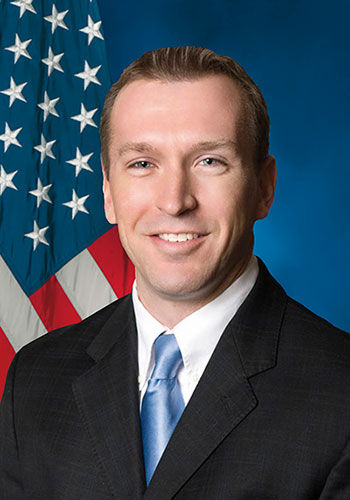 State Sen. Dave Arnold died at the age of 49 after battling brain cancer, his office announced on Sunday morning.

“We join the residents of the 48th Senatorial District and all Pennsylvanians in mourning the passing of Senator Dave Arnold. We lost a good man and committed leader much too soon,” Corman and Ward wrote in a joint statement.

Today we lost a good man and committed leader much too soon. Our hearts break for his wife, Alicia, and his daughter, Reese. His community and our Commonwealth are better places because of the contributions of @SenatorArnold. pic.twitter.com/0CM8Iaw4p8

“From the moment voters sent Dave to Harrisburg one year ago, he worked tirelessly for his constituents and the Commonwealth. This was not a surprise to anyone who knew him. It was a continuation of a record of public service marked by independence and integrity,” Corman and Ward continued. “In addition to securing critical funding for vital projects in his district, Senator Arnold sponsored legislation passed by the Senate to protect children by increasing penalties for those charged with possession of child pornography and establishing a task force to continuously explore ways to end this vile practice.”

“He also sponsored legislation to ensure that Lebanon County did not lose out on federal pandemic funding and championed the cause of restaurants and other small business employers impacted by statewide business closures,” Corman and Ward wrote. “Before electing him to the Senate, voters showed their trust in Dave by electing him Lebanon County District Attorney, a position he held for 14 years. His fellow district attorneys demonstrated their respect for his character and professionalism by electing him President of the Pennsylvania District Attorneys Association.”

“Dave was a lifelong resident of his beloved Lebanon County, a civic leader, softball coach, husband and father,” Corman and Ward continued. “Our hearts break for his wife, Alicia, and his daughter, Reese. His community and our Commonwealth are better places because of the contributions of Dave Arnold.”

Lt. Gov John Fetterman sent the following tweet about the passing of Arnold.

“I am truly heartbroken over the loss of Senator Arnold. I say this as President of the Senate, as a Pennsylvanian, and as a father. Our family extends our *most sincere* condolences to his,” Fetterman wrote on Twitter.