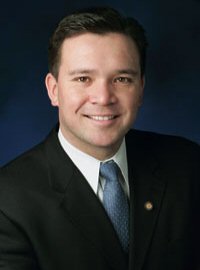 State Sen. John Pippy who has served since 1997, announced today that he will not run for re-election.

The rumors of his retirement had been swirling over the last couple weeks. There have also been two rumored candidates: Allegheny County Councilman Vince Gastgeb (R) and State Rep. Mark Mustio (R-44).

Here is the statement:

“I am announcing today that I will not seek re-election to the Senate of Pennsylvania in 2012.  Since 1997, I have had the pleasure of serving and working alongside the constituents of the 37th Senatorial District and 44th Legislative District.  Over the years, I have met many wonderful and dedicated people in the public and private sectors, and am grateful for the support and encouragement of so many.  It has been truly an honor and privilege to serve the people of Pennsylvania and I will be forever grateful for that opportunity.”