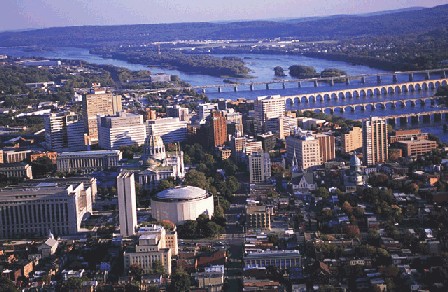 Tonight is a big night for Harrisburg. City leaders have the unenviable choice between handing over control of the city, or seeing it taken. If Harrisburg city council members don’t produce a recovery plan tonight Governor Corbett will issue a state takeover of the financially troubled capital.

Corbett isn’t kidding.  Harrisburg Mayor Linda Thompson spoke to reporters on Friday regarding her meeting with the Governor earlier that day.  Thompson understands the severity of Harrisburg’s predicament and she has been lobbying city council all week, and hopes that they will approve her plan.

“If there is no approved plan at this point, then the city is likely to become mired in litigation and financial chaos,” Mr. Corbett told Ms. Thompson in the letter. “If the latter occurs, the commonwealth will not bail out the city. Indeed, if the city continues down the path of irresponsible economic decision-making, it is probable that legislative action will result in the city losing control of its ability to make such decisions.”

If city council defeats Thompson’s plan tonight, then Corbett will intervene.  He would sign a bill creating a management board with broad powers to oversee the city.  This Republican-sponsored bill passed the state Senate in June despite Democratic protests. The bill is currently pending but expected to pass in the GOP-controlled House of Representatives.

In opposition to the Governor’s plan for the city, some city officials have intimated that Harrisburg should seek federal bankruptcy protection which would force more favorable terms from lenders. However, Corbett is doing everything in his power to prevent this from happening.  The governor signed a bill on June 30 that would stop state aid for Harrisburg and dozens of other small to medium sized cities for seeking federal bankruptcy protection through July 2012.

City council will certainly be feeling the pressure tonight when they meet today to consider Thompson’s plan to relieve about $300 million in debt tied to the city’s trash incinerator and to close a multi-million-dollar budget deficit that could leave the city without enough money to makes its payroll in the fall.  Also included in Thompson’s plan would be selling the incinerator and leasing the city’s parking garages to a private operator in exchange for a large upfront payment to help mitigate the debt.

That, council opposition argues, would cut the city off at the knees with regard to future growth.

In July, for the first time in the city council’s 24-year history, members voted 4-3 to reject a plan by a state-appointed task force designed to help financially troubled cities.  Opponents of the plan argued that it would require sacrifices for Harrisburg’s citizens and that it would let lenders – backers of the bonds and the professionals responsible for advising the city as it got into the financial mess – off scot free.

Meanwhile, the Governor isn’t the only one putting the pressure on Harrisburg.  Dauphin County, two banks and New York-based bond insurer Assured Guaranty have lawsuits pending against the city seeking to recoup tens of millions of dollars in debt payments which the city failed to pay on time.