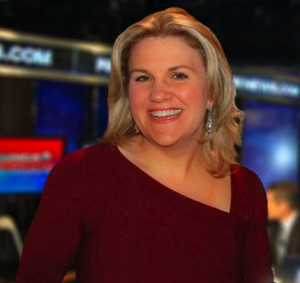 Americans for Prosperity has a new Pa. state director, and Rep. Mike Fitzpatrick (R-Bucks) has one less opponent to worry about.

Activist Jennifer Stefano has taken the helm of the Tea Party-affiliated group and ruled out a primary challenge to the Congressman.

“It’s off the table,” Stefano confirmed when asked about a run. “I run only when chased, and then only reluctantly,” she joked.

“How can I best serve? The best way to be effective is to hold them all accountable. Not just the ones you don’t support; all of them.”

In September, Stefano has said that she was considering a primary challenge to Fitzpatrick if he strayed from conservative orthodoxy on labor issues.

Fitzpatrick voted with the Republican party 81 percent of the time so far in the 112th Congress, according to the Washington Post Votes Database. It’s the lowest of any Pa. Republican, and the sixth-lowest of the 244 Republicans in the U.S. House. Conservative group Heritage Action, the political arm of the Heritage Foundation, recently gave him a score of 52 percent – tied with Reps. Jim Gerlach and Charlie Dent, and higher than that of Rep. Pat Meehan.

The Bucks County-based 8th district is one of the swingy-est in the nation and has a history of electing moderates of both parties. It’s unlikely a strict conservative could win the seat. Furthermore, some of Fitzpatrick’s breaks with the GOP were on issues that resonate with libertarian-leaning voters, like his votes against the reauthorization of the Patriot Act. He’s also limited himself to just three terms, meaning the seat will come open in 2016.

Originally elected in 2005, Fitzpatrick represented the district until 2007 when he was defeated by Pat Murphy. He took the seat back in 2010. The newly drawn 8th is safer for Republicans, switching out several Philadelphia neighborhoods for ones in northern Montgomery County.

So far, three Democrats have suggested they may challenge the Congressman: ; Kathy Boockvar, a candidate for Pa. Commonwealth Court in 2011 and Register of Wills in 2007; and Cynthia Philo, a former Doylestown Township Supervisor. All three lost Bucks County in the 2011 elections.

Update: Citing the difficulties posed by redistricting, Ansinn told Christina Kristofic of the Bucks Intelligencer that he was dropping out of the race. He endorsed Boockvar.

A frequent guest on the cable news circuit, Stefano will appear with Fox News’ Neil Cavuto on today’s 4pm broadcast.