Stollsteimer Calls on Kane to Resign 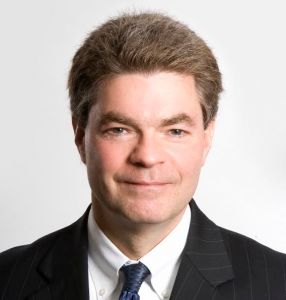 Yet another Democrat is calling on Kathleen Kane to resign as Attorney General.

Governor Tom Wolf and State Rep. Steve Santarsiero have already said that the AG should step aside, now a potential rival is saying the same thing.

Democratic candidate Jack Stollsteimer believes that Kane should step aside.

“Now that the Pennsylvania Supreme Court has suspended Kathleen Kane’ license to practice law, I call on her to uphold her oath to serve the public by stepping down from her position as Attorney General pending the outcome of the criminal charges filed against her in Montgomery County,” Stollsteimer said.

“Kathleen Kane needs to realize that she holds public office as a duty and not by right,” he continued. “The public interest requires an Attorney General who can lead the office with honor and integrity. It’s time for Kathleen Kane to put that public interest ahead of her desire to cling to office.”

Stollsteimer is running for the Democratic nomination for Attorney General next year. John Morganelli is also exploring a bid and Josh Shapiro is expected to run as well.

The two GOP candidates, John Rafferty and Todd Stephens, called on the AG to resign yesterday.

Kane has insisted she won’t resign and will attempt to run for re-election.