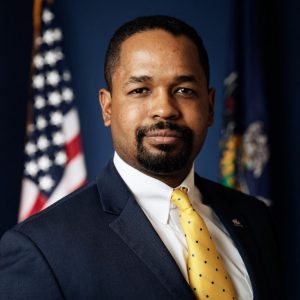 Just one week after he filed a statement of candidacy with the Federal Elections Commission for U.S. Senate, Street formally announced his exploratory committee on Friday.

“I will get votes in rural Pennsylvania and energize urban Pennsylvania,” Street in a press release. “We will engage Pennsylvanians in all counties and build out an agenda driven by communities. A movement by the people, for the people will move this Commonwealth forward.”

Street, son of former Philadelphia Mayor John Street, is currently serving in his second term in the state Senate and also serves as Vice Chair of the Pennsylvania Democratic Party.

In a previous interview with PoliticsPA about him filing a statement of candidacy, Street said the specific issues that are important matters that he will talk to the voters about were health care, cosponsoring the first bipartisan cannabis legalization bill in the state, clean energy, gun violence, and more.

On the GOP side, Kathy Barnette, a former GOP congressional candidate and conservative commentator, Jeff Bartos, a Montgomery County real estate developer and former Lt. Governor candidate, Sean Gale, an attorney, and Everett Stern, a businessman and HSBC whistleblower, have formally announced their entrance into the race to succeed outgoing GOP Sen. Pat Toomey. Other Republicans that have filed with the FEC include John DeBellis, Bobby Jeffries, and Martin Rosenfeld.