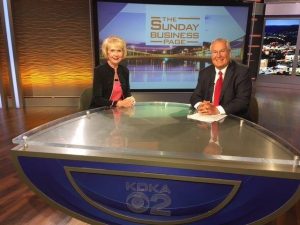 We have Rep Frank Ryan. (R-Lebanon) a new lawmaker who is breathing new life into the push to eliminate school property taxes completely. Alex Halper of the PA Chamber of Business & Industry has reservations and is opposed. We also ask if seniors in PA have it too good? We also discuss the budget with analysts Brittany Crampsie and David Taylor.

The death of Darren Daulton – and several other former Phillies –  raises questions about a possible “cancer cluster” at Veterans Stadium.  Daulton is not the 5th former Philly to die from that disease.  We talk to a surgeon, who treated one of those players and he wonders of the old Veterans Stadium could be the link.  That plus fact check, is tilapia really more dangerous to your health than bacon? See on Sunday morning at 11:30 following “Meet the Press” only on NBC10.

Do you want the inside story of what the House Republicans think about the Senate’s revenue plan? You’ve got to see this week’s “Face the State with Robb Hanrahan.” Robb sits down with York County Representative Kate Klunk who candidly talks about the revenue package and why it’ll be D.O.A. in the House. Plus she reveals a personal secret that’ll make you smile. That’s CBS 21’s  “Face the State with Robb Hanrahan” the most talked about political talk show in Central Pennsylvania. 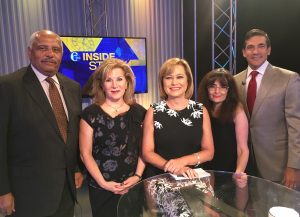 Host Monica Malpass and the Insiders start out with a robust discussion on immigration and Chicago suing the Feds over ‘Sanctuary City’ status funding cuts. Could Mayor Kenney and Philadelphia do the same?   Other topics include – vulnerable local Republican congressional seats, the Philadelphia District Attorney’s race, who’s working on the PA budget funding gap, and should the SRC dissolve?   Catch the Inside Story  … Sundays at 11:30 am on 6abc. 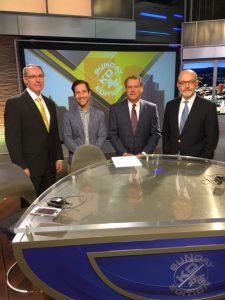 Are the United States and North Korea headed for a nuclear arms confrontation?

We’ll talk with two experts, about growing political tensions, over North Korea’s recent development of ballistic missiles and miniaturized nuclear warheads, which could have the capacity to strike South Korea, Guam, or even the United States’ mainland.

Our guests are Forrest E. Morgan, Ph.D. – Senior Political Scientist at the RAND Corporation’s Pittsburgh office, and adjunct member of the University of Pittsburgh’s Graduate School of Public and International Affairs (GSPIA) – and Michael Poznansky, PhD – Assistant Professor of International Affairs and Intelligence, at Pitt’s GSPIA.

Don’t miss this important program –Sunday morning@11:30AM., on the “KD/PG Sunday Edition”, right after CBS’ “Face the Nation”, on KDKA-TV.

This week’s Pennsylvania Newsmakers features Steve Esack of the Allentown Morning Call, who discusses microchips implantation, a charter school court decision, and the defamation suit against former Attorney General Kathleen Kane. Then, joining host Terry Madonna are Terry Fitzpatrick, President and CEO of the Energy Association of Pennsylvania, and Sam Denisco, Vice President of Governmental Affairs for the Pennsylvania Chamber of Business & Industry, to discuss the proposed tax on energy and public utilities.  Link here.

Carlow University receives a half- million dollar financial boost, from the Richard King Mellon Foundation, in its effort to help more than one million workers acquire new skills – to meet the demands of a changing workforce.

KDKA-TV’s Rick Dayton talks with PSO cellist – Bronwyn Banerdt – and Harris Ferris – Executive Director of the Pittsburgh Ballet Theatre – about the impact of this donation, on the enhanced quality of the PBT’s outstanding productions.

Finally, we’ll pay tribute to the vital role that nurses play, in the recovery of breast cancer patients. PNC’s Community Caring Award was recently presented by the Susan G. Komen Pittsburgh organization – to Margaret “Peg” Rosenzweig, PhD – Professor of Nursing, at the University of Pittsburgh, and Vice-Chair of Research and Acute and Tertiary Care, at the university. Dr. Rosenzweig joins us, along with Kathy Purcell, MSW – CEO of Susan G. Komen Pittsburgh.

It’s estimated that one out of every eight women will be diagnosed with breast cancer, in her lifetime. Breast cancer is also the second-leading cause of cancer deaths, in women.