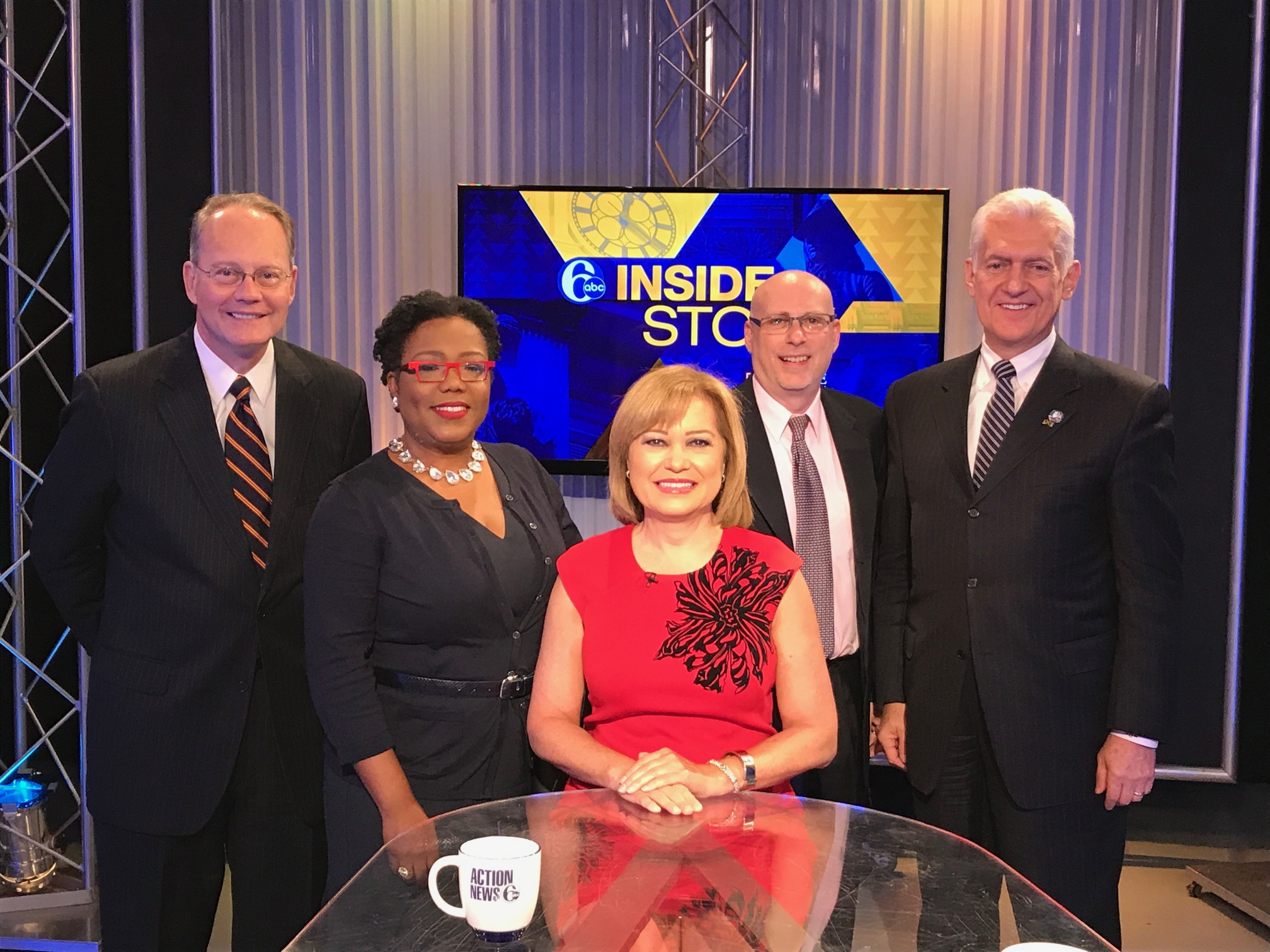 We have Senator John DiSanto (R-Dauphin/Perry) talking about his Education Savings Account, the latest attempt at school vouchers for parents in schools in the bottom 15 percent of statewide testing. He said he wants to help students trapped by their zip codes. Susan Spicka with Education Voters PA disagrees and says siphoning state money away from failing schools will not help to improve those failing schools. DiSanto also weighs in on his first budget and blasts the entire process. We also hear from Senator Joe Scarnati (R-President Pro Tempore) who vents at House Republicans for not returning to Harrisburg to finish the budget. Analysts Brittanie Crampsie (Shelly-Lyons Communications) and Christopher Nicholas (Eagle Consulting) offer their insights on the week that was in Harrisburg.

Host Monica Malpass and the Insiders continue discussing the location of Former Philadelphia Mayor Frank L. Rizzo’s Statue at Dilworth Plaza in Center City, as Mayor Kenney appoints the Philadelphia Arts Commission to review its presence.   Also discussed are a recent rash of racist and anti-Semitic hate crimes happening in our region.  Would President Trump’s wavering and charged responses to the Charlotteville tragedy have something to do with the up-tick in hate crimes?    Also discussed – a PA Senate bill that would allow protesters to be charged, soda sales are up in the bordering Philly suburbs due to the soda tax, and how the corruption trial of NJ Senator Bob Menendez could tip the balance of power in Congress.  Catch the Inside Story .. Sunday at 11:30 am.

The growing battle, between President Donald J. Trump, and the media. How have President Trump’s unconventional, and innovative methods of communicating with his supporters, and the general public, changed the way the news media covers the American Presidency? Do they threaten the survival of the traditional press, in America, and the First Amendment?

Please join Ken Rice and David Shribman, for this important, and timely discussion – Sunday morning@11:30AM., right after CBS’ “Face the Nation”, on the “KD/PG Sunday Edition”, on KDKA-TV.

On this week’s Pennsylvania Newsmakers Mike Straub of WGAL guest hosts for Terry Madonna and discusses the Response Cost Reimbursement Act with Senator Scott Martin (13th District), and the state budget situation with journalists Marc Levy of the Associated Press, and Angela Couloumbis of the Philadelphia Inquirer. Link here.

Many students are going back to school, this week. But, in our OWN communities, thousands of children are in dire need, of basic school supplies. In those families – from all, different neighborhoods, and economic backgrounds – the money just isn’t there, to buy items, as simple as a package of tissues, or a toothbrush, not to mention, pencils, markers, and notebooks.

We’ll talk with Justin Brown – Executive Director of The Education Partnership, Laura Carlson — the organization’s Community Partnership Coordinator, and Jennifer Plumb – Eighth-grade math teacher, at Pittsburgh South Hills, Grades 6-8, and a partner school teacher – about this critical program, and why local businesses and corporations are being asked, to lend their support.

Then, a fourth-generation family of chocolatiers is celebrating national attention, as Inc. Magazine ranks Edward Marc Brands – with manufacturing locations in Lawrenceville and Trafford, Pennsylvania – as one of Inc.’s top 5000, fastest-growing, private American companies, in 2017.

We’ll ask Co-CEO – Chris Edwards – about the sweet, and growing success, of their business.

Finally, the performing arts are alive, and well, in the Beaver Valley section of Southwestern Pennsylvania – drawing audiences, from as far away as Ohio, and West Virginia.
We’ll bring you the upbeat story of the Lincoln Park Performing Arts Center, located, in Midland, Pennsylvania, Beaver County.