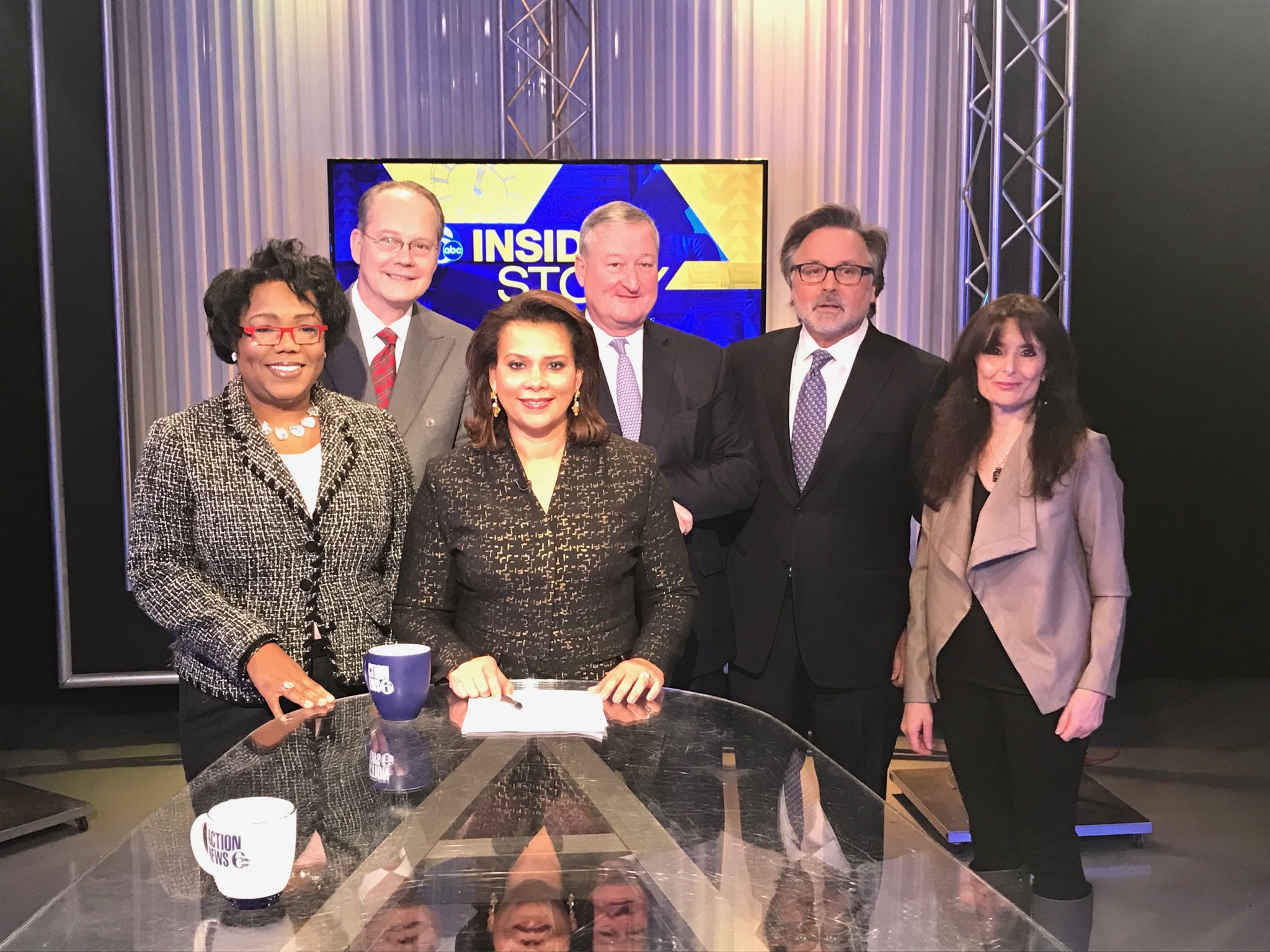 Host Tamala Edwards interviews Philadelphia Mayor Jim Kenney (D) about the dissolution of the School Reform Commission and the future plans for the school district, as well as the City Council “Plexiglass Debate” at beer delis and the audit of the Philadelphia Parking Authority.   Our Insiders delve further into the “Plexiglass Debate” plus weigh in on the Abortion Bill in Harrisburg and those strange comments by PA State Rep. Metcalfe making national news.   Catch the inside story  .. Sunday at 11:30 am.

Just over a year, since Donald J. Trump was elected President of the United States, he has already transformed American politics, and the Presidency – itself.

This week’s Pennsylvania Newsmakers features Gene Barr, CEO of the Pennsylvania Chamber of Business & Industry, who discusses the 2018 Governor’s contest, focusing on the four announced Republican candidates, and issues surrounding workers’ compensation. Then, Theodore Christopher, MD, President of the Pennsylvania Medical Society, joins host Terry Madonna for a discussion of the opioid crisis, prior authorization, and nurse practitioners. Link here.

Next Thursday evening – from 7:00pm.-8:00pm., KDKA-TV and the Children’s Hospital of Pittsburgh Foundation will present the 64th annual “KDKA Free Care Fund” benefit show, on KDKA-TV.

We’ll talk with Greg Barrett – President of the Children’s Hospital of Pittsburgh Foundation – and Susie Shipley – President & CEO of the Western Pennsylvania and Ohio Valley region of Huntington Bank – a major supporter of the Children’s “Free Care Fund” – about the urgent need to help Children’s patients, this year.

Then, we’ll hear why Covestro LLC (the former Bayer Corporation) hosted a special sustainability summit, in the Pittsburgh area – called – “Thinc 30” – and why environmental sustainability can be “good business”.

Our guests are Covestro’s head of External Communications – Bob Walker – and Josiah Gilliam – Special Assistant to the CEO and Manager of the Homewood Children’s Village – a participant, in the THinc 30” summit, last week.

You’ll hear why sustainability is a perfect match, for the Children’s Village and “My Brother’s Keeper” programs.

Finally, the inspiring story, of how the President & CEO of West Arete — a creative software company in State College, Pennsylvania — is focusing his company’s business plan, on helping companies that want to work for positive change, in the world.

Scott Woods talks with Jon Delano – about West Arete – a Greek term, for “moral virtue” and “excellence, of any kind” — and why its mission includes financial “giveback” – by his clients – to environmental organizations, and other social causes.