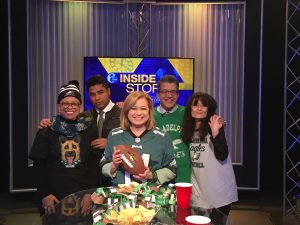 Host Monica Malpass and the Insiders discuss the big news of 20 year U.S. Congressman Bob Brady – head of the Philadelphia Democratic Party – announces he will not run for reelection.  Was it the partisanship in Washington? Was it the FBI Investigation?  His two top aides getting indicted? Whatever the reason, Rep. Bob Brady’s powerful hand and seniority will be missed in Congress.  Other topics include Pa. Senate President Scarnati refuses to hand over data for congressional map re-do and it’s reported that Pennsylvania State government has paid 3.2 million in taxpayer dollars in sexual harassment settlements.  Plus we end the show with an E-A-G-L-E-S tailgate party!  Catch the Inside Story on Superbowl Sunday at 11:30 am. 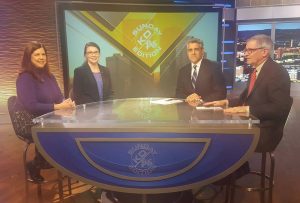 President Donald J. Trump delivered his first State of the Union Address, to Congress, and the nation, last Tuesday night.

How did this “unconventional” President’s message, resonate, with the audience, on Capitol Hill, and in the communities that support his policies? 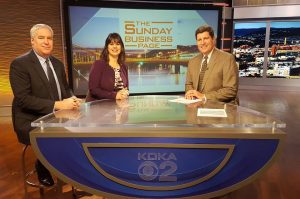 The Pittsburgh Promise has provided more than $111,000,000 in college scholarship funds, for more than 8,000 students in the Pittsburgh Public Schools, since its creation, in 2006. Last week, the Promise announced that it is reducing its largest scholarship award – from $7,500 to $5,000, to each, qualified student.

We’ll ask Saleem Ghubril, Executive Director of the Pittsburgh Promise, why the change was necessary, and whether the “Promise” can still be fulfilled, for Pittsburgh students, in need of scholarship funds, for college.

Then, why a Blue Ribbon panel was appointed by Pittsburgh Mayor Bill Peduto, to help the Pittsburgh Water and Sewer Authority (PWSA) make the necessary changes, to repair and replace infrastructure, and transform the administration of this financially troubled authority.

We’ll talk with two members of that panel – Michelle Naccarati-Chapkis – who is also the Executive Director of “Women for a Healthy Environment”—and Alex W. Thomson – President of the Pittsburgh law firm Houston Harbaugh – and former Chairman of the Pittsburgh Water and Sewer Authority.

Finally, we’ll preview the 2018 Pittsburgh International Auto Show – which takes place, from Friday, February 16th through Sunday, February 18th – at the David L. Lawrence Convention Center, in Downtown Pittsburgh. The show kicks off, on Thursday, February 15th – with a special, “Dancing with the Cars” Gala, to benefit the Allegheny Valley School and Autism Society of Pittsburgh.