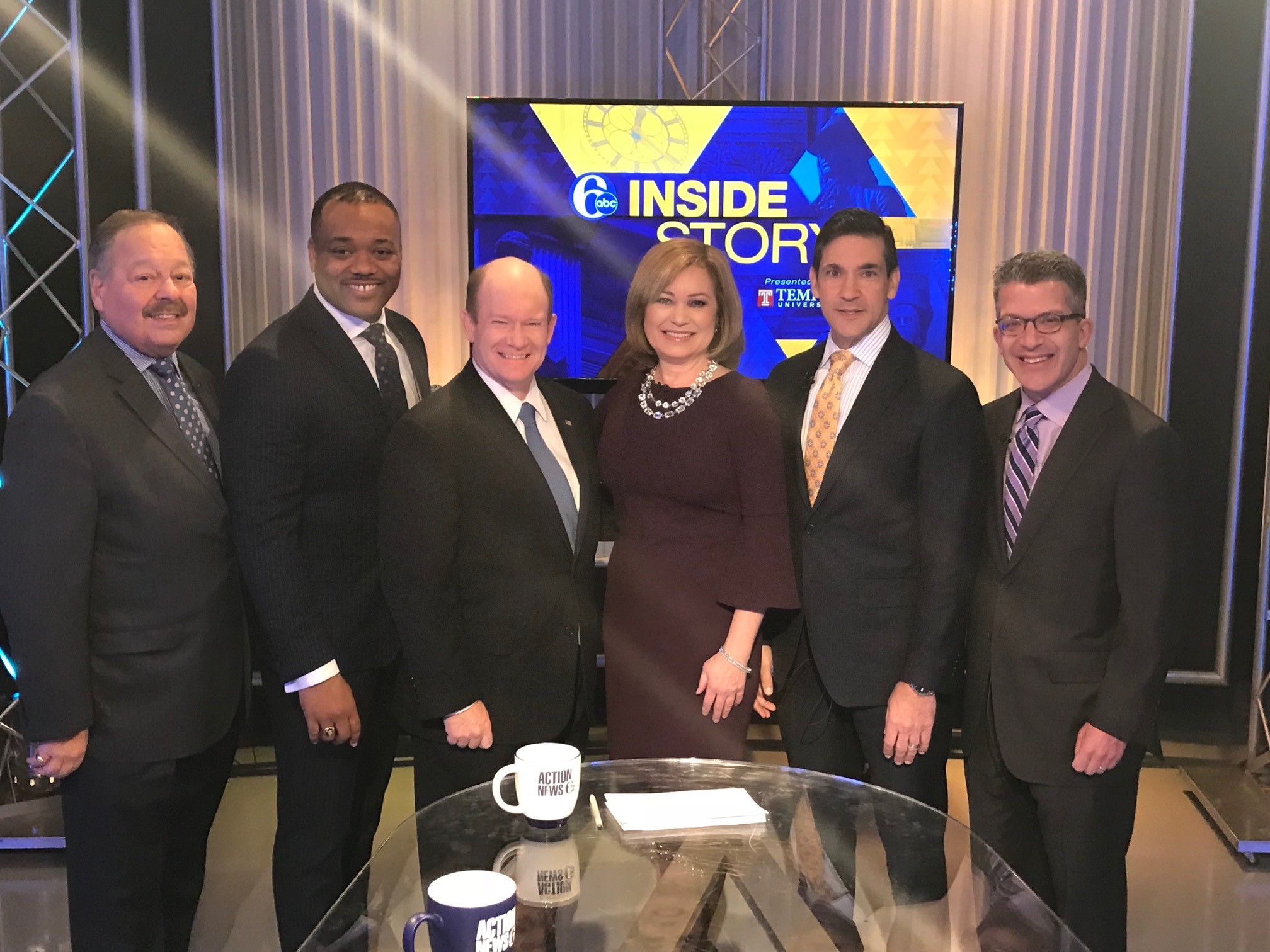 We have officials from the Pennsylvania Human Relations Commission on to talk about handling claims of sexual harassment and other forms of workplace misconduct and the resources they provide, for free, to help employees in difficult situations. We also have the latest government officials to be ousted as a result of sexual harassment claims. And what new laws took effect in the New Year that could impact you? We’ll have the answers on This Week in Pennsylvania.

Host Monica Malpass welcomes Delaware Senator Chris Coons (D) to discuss the tone and temperature in Washington right now, what’s on the agenda for 2018 and how he’s moving the needle on bipartisanship in Congress.  Our Insiders discuss the new Philadelphia District Attorney Larry Krasner and City Controller Rebecca Rhynhart and what they’ll bring to their respective offices.  Plus we discuss the upcoming PA elections and which republican seats could be vulnerable moving forward.

More people died in the United States, this year, from opioid overdoses, than the total number of military deaths from the Vietnam War, and fatalities, from traffic accidents, or, breast cancer.

The opioid overdose crisis has been called a national “emergency”, and United States Attorney General Jeff Sessions recently announced the formation of a special F.B.I. Violent Crimes Task Force, to address the problem.  We’ll talk with law enforcement personnel in Pittsburgh, on the “front lines” of this battle:

Lt. Sean Frank – is a 26-year-veteran of the Shaler Township Police force, and a graduate of the F.B.I. National Academy Session #268, who has personally trained police officers in the application of NARCAN – or, Naloxone – an opioid antidote, which has been successfully used, to reverse the effects of opioid overdose. Lieutenant Frank has also personally administered NARCAN, to overdose victims.

WGAL Channel 8 (Harrisburg and Lancaster) Sunday, November 19th at 11:30 AM

This week’s sustained, bitter-cold temperatures, are likely to lead to a spike, in home heating bills – not, because of a price increase, but because of an increase in customer natural gas usage. But, there is help, available, for those facing difficulties, paying those gas bills.

Mike Huwar – President of Columbia Gas of Pennsylvania and Columbia Gas of Maryland – and Rita Black – Director of Customer Relations, for Peoples Gas – will tell you how and where you can apply for this financial assistance.

Then, Allegheny College, in Meadville, Pennsylvania, Crawford County – is adding a Business major, to its longtime Liberal Arts curriculum. We’ll talk with Chris Allison, an Allegheny College graduate, and former CEO  of Tollgate Communications (now, Co-Director of Allegheny College’s Center for Business & Economics) – about this “business” decision, to offer Allegheny students, a powerful combination of business savvy, and Liberal Arts critical thinking, to their college education.

Finally, there’s a continuing dispute, in Pittsburgh, over a large, splashy, yellow vinyl banner, that covers a billboard space, near Mount Washington – with the name – “Sprint”. Lamar Advertising leases the space, to Sprint – the communications giant — that is using this banner, to cover the former Bayer sign. However, many people call the banner, an eyesore, and want it, removed. The matter remains in court. This week, we’ll hear the thoughts of former Allegheny County Commissioner Mike Dawida – Executive Director of Scenic Pittsburgh, and the organization’s Assistant Director – Dave Demko – about the reasons for their strong opposition to the banner, and thoughts about what happens, next.