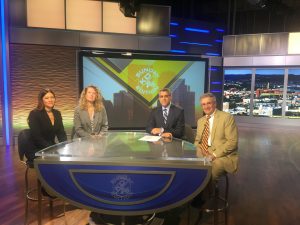 Scott Wagner unplugged, some say unhinged. I ask him if he’s unhinged. He’s talking budget, which he voted against. Spending, which he says there’s far too much of. His gubenatorial bid and that campaign tracker that he swatted. Also analysts Pete Shelly and Chris Nicholas discuss the budget deal.

Pets in Pennsylvania have new protections to keep them safe from abuse like this.  Sunday morning we’ll discuss why Representative Todd Stephens believes they’re needed and what the new law means for you and your animals.

Its a double digit lead for the Democratic candidate running for New Jersey Governor.  We’re looking at what’s behind Phil Murphy’s surge in the polls.  And what role Christie, Trump, even Murphy’s gender could be playing.

And equal prize money.  For the first time the cash prize will be the same for men and women competing in a local bike race.  We head from one of the athletes to find out what she has to say about it.

This week on CBS 21’s “Face the State” Robb Hanrahan interviews Pennsylvania Insurance Commissioner Teresa Miller. Hear her reaction to the failed passage of “Repeal and replace” Obamacare in the U.S. Senate and her view on how Pennsylvania’s Affordable Care Act is working better than most other states. Join Robb, Charlie Gerow and Tony May for the most talked about local political show on TV, “Face the State with Robb Hanrahan” Sunday morning at 8:30 on CBS 21. 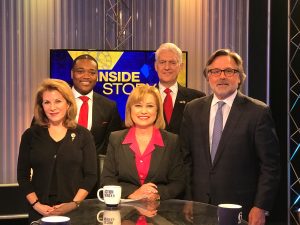 Monica Malpass and our Insiders dig deeper into the allegations against Congressman Brady while discussing the corruption in local politics regarding the charges against Allentown’s Mayor and the former Mayor of Reading. They also discuss the new rules on sanctuary cities receiving grants, the failed GOP health care bill, Trump’s attempt to reinstate a US military ban on transgender troops, and an update on the PA budget. Catch the Inside Story Sunday at 11:30am on 6abc!

One week ago, at least ten people died, and nearly thirty others were hospitalized – when a human smuggling plan in San Antonio, Texas went terribly wrong.

Human smuggling and human trafficking also take place, in Western Pennsylvania. Who are its victims, and what’s being done, to end these dangerous, illegal practices?

Our special guests are Soo C. Song – Acting United States Attorney for the Western District of Pennsylvania – and Mary Burke, PhD – Professor of Psychology at Carlow University, in Pittsburgh, and the founder of “The Project to End Human Trafficking” provide some shocking statistics and real-life stories about the problem, in our area.

Please join Ken Rice and David Shribman, for this important discussion, Sunday morning@11:30AM., right after CBS’ “Face the Nation”, on the “KD/PG Sunday Edition”, on KDKA-TV.

This week’s Pennsylvania Newsmakers features Heather Stauffer of LNP Media, who discusses the implementation of the state’s medical marijuana law. Then, joining host Terry Madonna is Jennifer Craighead Carey, Esq, Partner with Barley Snyder, for an explanation about the problems with opioid use in the workplace.  Link here.

Two summer events, are vital, to the tourism business in Southwestern Pennsylvania: the 2017 EQT Three Rivers Regatta – being held from August 4th -6th – at Point State Park, in Downtown Pittsburgh – and the 2017 Dick Sporting Goods Pony League World Series – which takes place from August 11th – 16th – at the Lew Hays Pony Field, in Washington, Pennsylvania.  They bring millions of dollars and visitors, to the area – each summer.

We’ll talk with John Bonassi, Chairman of the Board of the Three Rivers Regatta, and Thea Martin, Vice-Chairwoman, about the 40th anniversary of the Regatta, and the special programming that is planned, to celebrate this milestone.

The 2017 Dick’s Sporting Goods Pony League World Series attracts young baseball players from around the world, to Washington, Pennsylvania, as well as tourists. Bob Gregg, Chairman of World Series Tournaments, Incorporated – which partners with other firms, to provide global internet and broadcasting access to the Pony League World Series – and Maureen Lawrence, Community Marketing Manager of Dick’s Sporting Goods – the event’s name and title sponsor — will preview this year’s games.

Finally, the wonderful story about two professors from Geneva College, in Beaver County, who have written a book about business leadership – using the lessons learned from Charles Dickens’ classic novel – “A Christmas Carol”!  What do Ebenezer Scrooge and some business owners have, in common, when it comes to managing their employees, and inspiring creativity, in their company?

Jim Dittmar, Ph.D. and John W. Stanko, D.Min. – are the co-authors of “A Leadership Carol: A Classic Tale for Modern Leaders”. You do not want to miss their advice, on how to motivate workers, and define the true mission of a company.