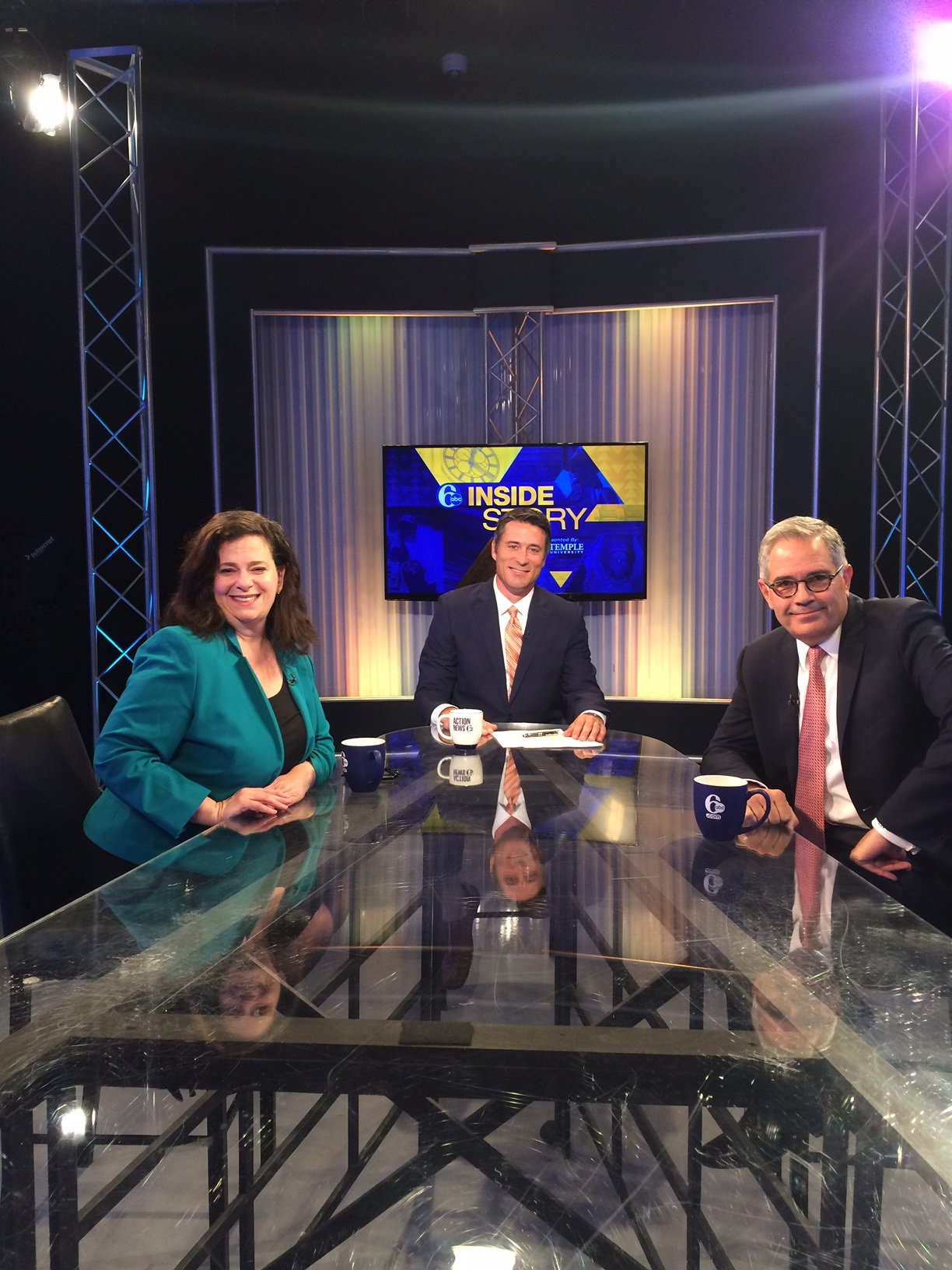 This week we have the two candidates for Pennsylvania Supreme Court, incumbent Republican Sallie Mundy and challenging Democrat Dwayne Woodruff. We talk about their judicial philosophies, qualifications and discuss diversity on the high court, or a lack thereof. We also have the new executive director of the Pennsylvania Coalition Against Domestic Violence, Susan Higginbotham, to talk about what still needs to be done in the fight against domestic violence. We’re also joined by analysts Chris Nicholas and Pete Shelly to discuss Tuesday’s election.

This week we have the candidates for Philadelphia District Attorney- Republican Beth Grossman and Democrat larry Krasner. We also have Philadelphia Mayor Jim Kenney discussing his move to ax the School Reform Commission.

Sunday’s show is a special Inside Story Candidates Forum on the Philadelphia District Attorney’s Race.  Anchor Matt O’Donnell moderated a discussion with Republican Beth Grossman and Democrat Larry Krasner about the top issues in the race including: restoring dignity to the Philadelphia’s District Attorney’s Office in wake of former DA Seth Williams conviction; dealing with law enforcement and community; mass incarceration and criminal justice reform.  Hear from the candidates .. Sunday on Inside Story at 11:30 am.

Medicine is entering a new era, in the 21st century – with more emphasis on high technology, personalized care, and shared information, with other medical research experts – leading to more specialized and effective, patient treatment.

WGAL Channel 8 (Harrisburg and Lancaster) Sunday, November 5th at 11:30 AM

Economic development is getting a “jumpstart”, in eastern Mon Valley communities. Peoples Gas is partnering with Braddock’s Enterprise Zone Corporation and Z-Brand Group, to create “East Shore” – an initiative to encourage investment in Braddock, North Braddock, Swissvale, and Rankin.

We’ll talk with William Pfoff – President of the Enterprise Zone Corporation of Braddock and Rankin Boro councilman – and Evan Indianer – Chief Executive Officer and Co-Founder of Unicentric —  a company that provides enterprise software for organizations and companies – about plans for the “East Shore” project.

Then, trying to make sense, out of a mixed employment report, for the Southwestern Pennsylvania area.

Unemployment was down – in September – but so were the numbers of people employed.

We’ll hear the thoughts of Doug Heuck – Founder, Editor, and Publisher of Pittsburgh Quarterly Magazine, and Program Director for “Pittsburgh Today” – part of the University of Pittsburgh’s Center for Social & Urban Research.

Finally, it’s time to sign up for financial assistance, to pay winter heating and light utility bills. There are strong indications that this winter could producer colder temperatures, and more snow, than last year.

Jacqueline Ziemianski – Communications Specialist for Peoples Gas – and Mike Selep – Manager of Universal Services, for Duquesne Light, will join us, with details about how to qualify for the Low Income Home Energy Assistance Program – or, LIHEAP.

We hope that you can share part of your Sunday morning, with us, at 6:30AM., for KDKA-TV’s “The Sunday Business Page”.