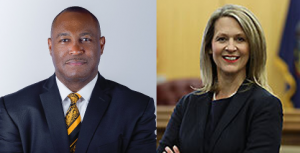 Both Justice Sallie Mundy and Judge Dwayne Woodruff had uncontested primaries, allowing them to build their war chests for the general election.

Though after the primary, the political parties begin to take more control of the campaigns, the money the campaigns raise will benefit the get out the vote efforts, and advertising for themselves as the election draws nearer.