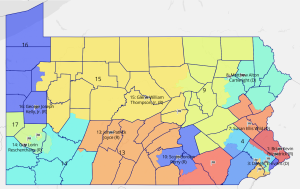 The Pennsylvania Supreme Court has directed Judge Patricia A. McCullough of the Commonwealth Court to stay her decision on a new PA congressional map while the Supreme Court considers a request to take over the case.

Adam Bonin, an election law specialist, put it into layman’s terms. “The Supreme Court basically said, ‘Look, we may just decide it ourselves, so don’t pick a map today,” he said. “Tomorrow they’ll decide if they’re going to do that.”

Briefs on that question are due Tuesday morning.