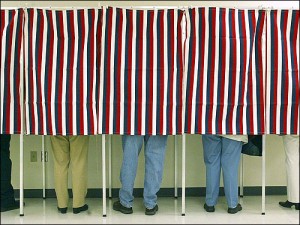 We’re nearly there everyone, on Tuesday we’ll all get to finally vote in the 2016 primaries.

As we wait, though, now is the perfect time to consider ten questions that will be answered on election night.

The President of the United States has stayed relatively popular for a Commander-in-Chief in his final year. Nonetheless, the relationship between President Obama and the Democratic Party has never been exactly stellar.

The criticism is that the President has been too aloof and unwilling to get involved in the past. Well, no one can say that about this year.

Barack Obama personally endorsed both Katie McGinty and Josh Shapiro in the Senate and AG primaries. If those two candidates can win their respective competitive races, a large share of the credit will go to the President.

Speaking of which, Pres. Obama could be the man to finally sink the former Admiral.

Throughout this cycle, Sestak had been leading but (as we predicted) the endorsement of the President and Vice President are aiding a late Katie McGinty polling surge.

Prior to this recent development, the Dems were already being subject to articles questioning their judgment for spending so many resources in this primary. If their efforts pay off, though, the party will no longer be subject to such second-guessing.

The additional irony is that if McGinty were to come from behind and win it would mirror Sestak’s 2010 upset of Arlen Specter.

One underrated factor to watch on Tuesday night will be John Fetterman’s performance. Harper Polling has been posting the day-to-day results of their final survey which not coincidentally show McGinty’s lead increasing along with Fetterman’s numbers.

It’s entirely possible that the Braddock Mayor could split the “outsider” vote and cost Sestak the nomination.

Who Will Be the 54 Unbound Republican Delegates?

Perhaps the biggest misconception in politics is that voters choose a party’s presidential nominee (or the President for that matter).

Delegates are the ones that ultimately have the power.

Yet since delegates are bound to the opinion of the voters, the latter are still in charge right? Not when three-quarters of a state’s delegates are unbound, as is the case in Pennsylvania.

With the math uncertain as to whether front-runner Donald Trump can achieve the 1,237 majority delegate threshold before the Republican National Convention these fifty-four delegates may be the key to the nomination.

Each congressional district will pick three representatives (and an alternative) for Cleveland. You can check out the Trump and Cruz campaign’s official lists, although remember that nothing is certain.

One factor which may sway these delegates will be the margin of victory for the GOP candidate as many have pledged to support the statewide or districtwide winner.

Who Gets More Votes, Hillary or Donald?

At the moment, Clinton and Trump lead their respective party primaries.

Despite his numerous claims to the contrary, however, Trump is losing to Clinton in nearly all general election surveys. Lately, in an attempt to highlight this fact, Hillary has boasted of her popular vote lead on Donald.

Pennsylvania is one of the Rust Belt states the GOP has long sought to win back and Trump has made the argument that his appeal to whites in these states can break down the Blue Wall in the Electoral College.

If Trump can score more total votes Tuesday than Hillary it would strengthen the argument that the Republicans can win PA for the first time since 1988.

Will PA End the Dem Race?

Speaking of the presidential race, is it possible one party will soon have its nominee?

Clinton has held a demographic advantage since the start but as the primary season winds to an end the math is finally starting to become clear to all.

After the results in New York, Sanders flew back to Vermont. At the same time, his campaign manager was reduced to arguing that polls would convince superdelegates to give his candidate the nomination. Then, another Sanders advisor indicated that the April 26th primaries could be a critical factor in the campaign’s thoughts about their future.

This seems newish for now from @taddevine, via AP: campaign will see how it does in Penn, Md, Del, RI and CT and then "assess where we are."

In addition to Pennsylvania’s 189 pledged delegates, Maryland (95), Connecticut (55), Rhode Island (24) and Delaware (21) are all also voting on Tuesday. Clinton is ahead in all of these states and will expand her current 1,925-1,425 delegate lead.

It’s entirely possible the drama will be all gone in the Democratic contest after Tuesday.

What Effect, if Any, Will Bernie Sanders Have?

Of course, it is also possible Sanders can bounce back and have a productive night. After all, he has pulled off huge upsets before.

The question then, is what effect that could have on the rest of the Democratic ticket.

In the Senate race, for example, Fetterman has endorsed Bernie and wants the favor to be returned. Even if it isn’t, an influx of Bernie supporters could increase Fetterman’s totals, which as discussed above would likely help McGinty.

Is Hillary Leading A Women’s Revolution?

The best thing for McGinty, though, would be if women came out and voted for her to be the commonwealth’s first Senator.

Luckily for her, Hillary Clinton is trying to become the country’s first female President.

A strong female turnout for Clinton could have a strong ripple effect all the way down the ballot. In the PA-7 and PA-8 Democratic primaries, for instance, a male and female are running against each other. Therefore, if Katie McGinty, Mary Ellen Balchunis and Shaughnessy Naughton all prevail they may have Hillary to thank.

Who is Philadelphia’s True Power-Broker?

The Presidential and Senate contests have been so entertaining that they’ve obsured some of the other intriguing and competitive races. Chief among them, the Democratic primary for Attorney General.

Given that Shapiro is from Southeast and Zappala is from Pittsburgh you would expect this to be an east/west battle.

Instead, the nomination will likely be decided in Philadelphia.

Congressman Bob Brady, Mayor Jim Kenney, State Sen. Anthony Williams and IBEW 98 Business Manager John Dougherty are all backing Zappala. Usually a group like that behind you would be enough.

Conventional wisdom would suggest the former group would be stronger but Clarke is considered possibly more powerful than Kenney, Brady’s judgment isn’t full-proof and Dougherty is dealing with some difficulties right now.

Another factor in play that isn’t really be talked about is turnout, specifically black turnout. African-Americans are less likely to go to the polls in an ordinary primary contest. This isn’t an ordinary primary, though, as Hillary Clinton’s profile is so high and her support among blacks this year so strong, that many people who wouldn’t normally turn out will show up to vote for her.

So you have to ask yourself, what will have a greater effect on these low-information black voters when it comes to the AG race: a sample ballot recommending Stephen Zappala or a pamphlet with a photo showing the nation’s first black President with his arm around Josh Shapiro?

The End of Chaka Fattah?

Meanwhile, Democrats have their best chance to get rid of a political nuisance in Congressman Fattah.

Rep. Fattah is facing 29 indictments (his family is also having legal troubles) and he is running against three candidates, one of whom is State Rep. Dwight Evans.

It was thought that it would be difficult to replace Fattah because the party would need an experienced African-American leader to unseat the commonwealth’s one non-white member.

The entry of Evans solved that problem.

Now the State Rep. leads in endorsements, money and polling. By all accounts, Evans should win this race but you can never discount the notion that Chaka Fattah can shock the political world Tuesday night.

Will Shuster’s Personal Life Cost Him?

Finally, we end with another congressional primary, this time on the GOP side.

Congressman Bill Shuster should be fine. In 2014 he faced a challenge from Art Halvorson and easily survived. Since then, however, Rep. Shuster’s personal life and integrity have been examined and questioned.

Rep. Shuster has called on big-name conservative groups like the NRA and poured tons of money into TV ads.

Nevertheless, the anti-establishment feeling is strong in the GOP right now and with Trump and Cruz driving those people to the polls it’s worth watching whether Bill Shuster will become a victim to that wave.

Ultimately, the only way to find out the answer to all of these questions and more is to get out and vote on Tuesday and then come back here as we provide election night coverage on all these races and more!