Text Messages: Voit “Fully On Board” With Bartos LG Run Before Entering Race 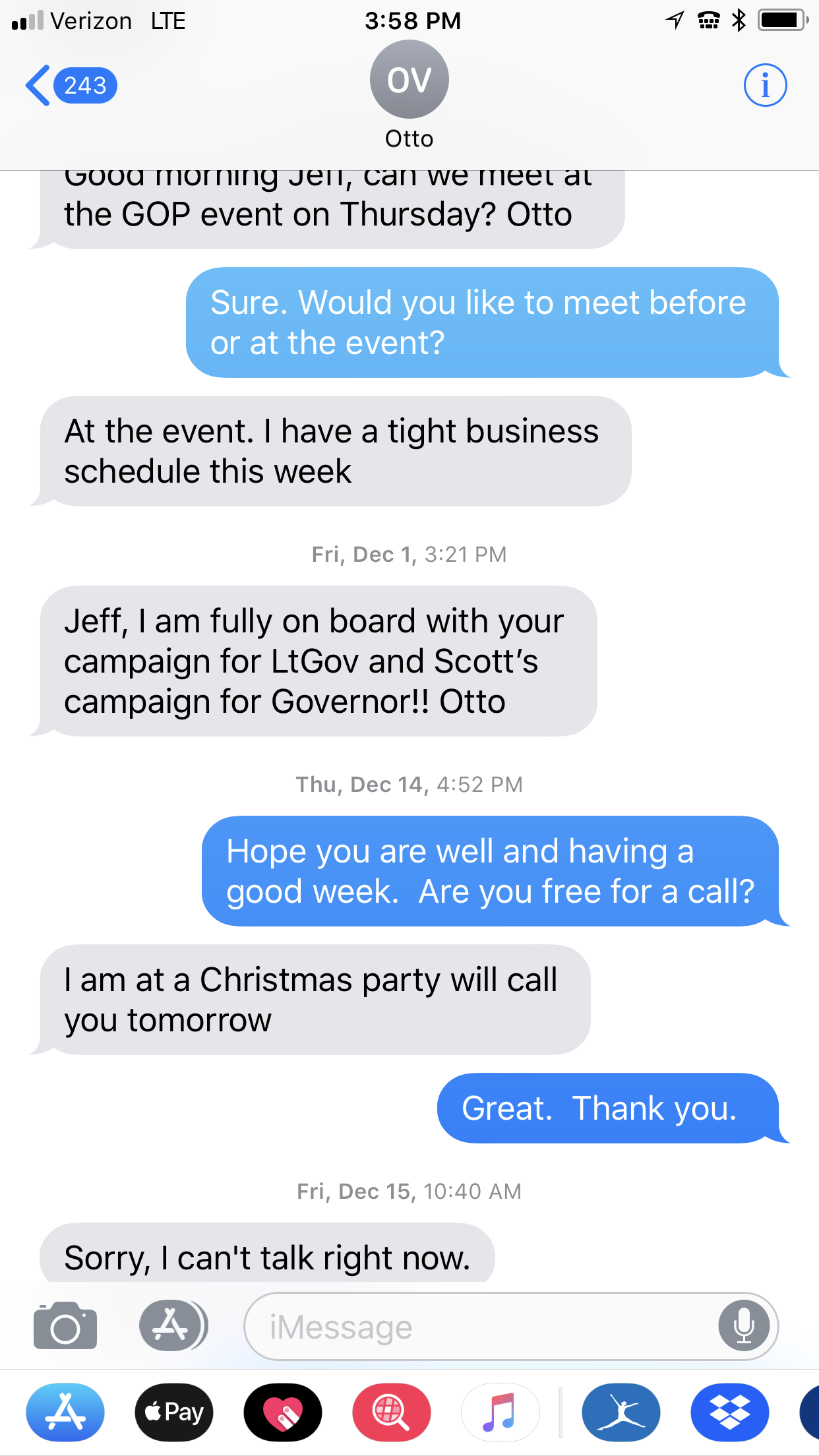 “Jeff, I am fully on board with your campaign for LtGov and Scott’s campaign for Governor!! Otto,” the text message read.

Voit announced his bid for Lieutenant Governor on December 28th, less than a month after his text with Bartos.

“Otto called Jeff to tell him he will be withdrawing his support for the Wagner/Bartos ticket and will be running an independent campaign for Lt. Governor.”

Wagner/Bartos campaign spokesman Andrew Romeoresponded to Voit’s campaign saying that he was an “early adopter of the Bartos-Wagner team, and for good reason – they are conservative outsiders running to change the way Harrisburg does business.”

The leaked message is likely timed to become part of the conversation of state party members ahead of the caucus meetings and the Winter Meeting where the party will endorse a candidate for both Governor and Lieutenant Governor.

“Every candidate needs to be definitive about why they are running.  This gives them both a chance to do that.”