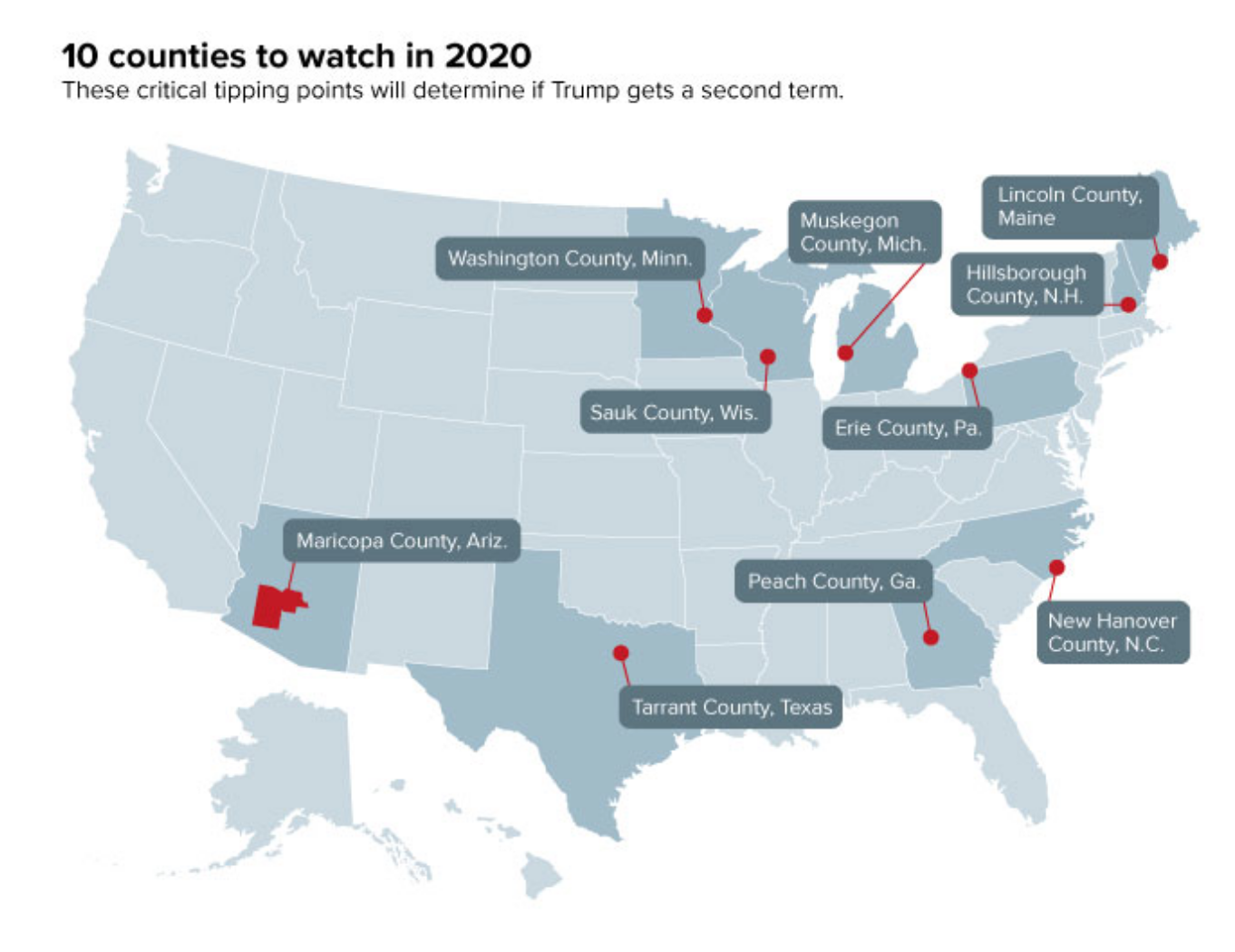 Pennsylvania is on every politicos radar for 2020, but The Hill has determined that one county in the state is set to play a very important role in determining the upcoming presidential election.

The article places Erie County as one of the ten counties in the nation that will decide the 2020 election.

President Donald Trump won Erie County by just over 1.5 points in the 2016 election over Sec. Hillary Clinton, becoming the first Republican presidential candidate to win the state since Ronald Reagan in 1984. Trump’s total in the county was nearly a 20 point swing after President Barack Obama carried the county in 2012 by 17 points over former Gov. Mitt Romney (R-MA).

The article describes Erie County as a “manufacturing hub” that more-so resembles Massachusetts or New York more than parts of Pennsylvania and although Democrats have a double digit advantage over Republicans in registered voters in the county, they don’t identify as “coastal progressives.”

“What you have is a working-class county that’s socially conservative,” said Terry Madonna, director of the Center for Politics and Public Affairs at Franklin and Marshall College, for The Hill. “Many Democrats there believe that their party has deserted them and become the party of big cities.”

The 2016 election was the most successful year that Republicans have had in Erie County in the decade. In addition to Trump besting Clinton by 1.5 points, Sen. Pat Toomey (R-PA) held off a challenge from Democrat Katie McGinty by about 3.5 points in the county. Both Trump and Toomey had larger margins of victory in Erie County in comparison to their state total victories.

Although the GOP made up significant ground in the 2016 election, the momentum went right back in the Democrats direction in the form of double digit victories within Erie County in 2018.

Rep. Mike Kelly (R-Butler) won his newly drawn congressional district, that includes all of Erie County and 4 other counties in Western PA, by just over 4 points against Ron DiNicola (D-Erie). Despite earning a fifth term in Congress, Kelly lost to DiNicola by nearly 20 points in the Democrats home county, while he ran up the numbers in his home county and other GOP friendly areas.

In Oct. 2018, Trump held a MAGA rally in Erie County in an attempt to boost the campaigns of Barletta, Kelly, Wagner and other Pennsylvania Republicans.

The Hill describes the Democratic success in Erie County “will be a sign that the party has bridged the divide with its own voters who feel left behind.”

The full story from The Hill can be found here.