The World Cup is Coming to Philadelphia 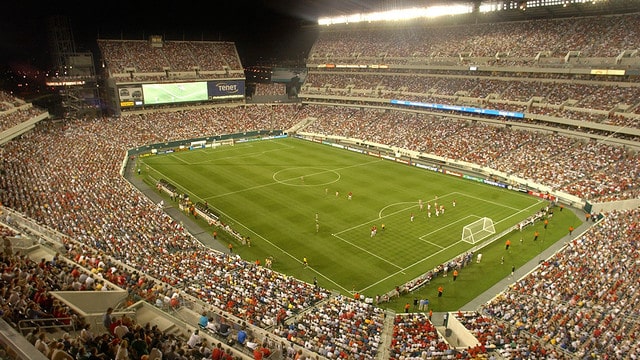 The world is coming to the City of Brotherly Love.

FIFA announced Thursday that Philadelphia will serve as one of the host cities for the 2026 World Cup.

For the first time, a continent will host the world’s largest sporting event as the United States, Canada and Mexico will all host matches.

Toronto and Vancouver will serve as Canadian hosts, while Guadalajara, Mexico City and Monterrey will welcome the world to Mexico.

“What a victory and what a testament to the strength of our bid,” said Daniel J. Hilferty, Chair, Philadelphia Soccer 2026, in a press release. “The competition to host FIFA World Cup 2026 has been fierce but with the City, PHLCVB, Philadelphia Eagles, Philadelphia Union, Eastern Pennsylvania Youth Soccer, and more, we highlighted our terrific experience with international events, an elite match play venue, a passionate soccer community, a powerful commitment to social impact, and an unrivaled hospitality experience at every opportunity.”

“This is an incredible win for the Philadelphia and sets the stage for an unprecedented year for our city in 2026,” said Mayor Jim Kenney. “FIFA saw what we all know is true: Philadelphia is a welcoming, world-class city and we have the experience to deliver a fantastic experience for teams, fans, and sponsors alike.”