“Bring the competition back into politics to keep corruption down. We’ve been doing the same thing for the past 100 years, expecting different results. It’s the same two party system that got us into this mess. The system promotes corruption and deters competition.” 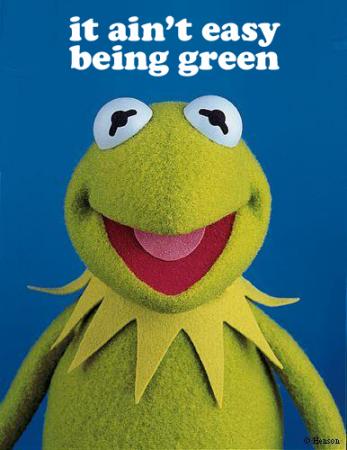 Competition and voting with a conscience was a reoccurring theme when PoliticsPA spoke to the respective Chairs of the Libertarian Party of PA, and the Constitution Party of PA. Repeated efforts to contact the Green Party were unsuccessful.

“They put laws on the books to make prohibit or make it very, very hard for independents and third party candidates to even run. They designed this system to serve them. Competition in our politics the only way to get things changed making sure we can compete in the arena of ideas. In the market we expect competition, and it does, to curb and eliminate corruption is what makes a free and open election. That’s what we need in politics today”

In addition to Jaskioff, Constitution Party Chair Wes Thomas encouraged members of any third party, as well as their own, to run and to challenge the status quo.

“Just run, it doesn’t matter what you’re running as. It really doesn’t matter to me. America is also the only free nation that consists of two main and almost sole, political parties in politics.”

Pennsylvania’s tough to impossible election is known internationally, specifically in the Helsinki Accords which in 2006 named Pennsylvania one of the worst places in the world to have a free election. On March 9, ODIHR (Office for Democratic Institutions and Human Rights) released a report on the U.S. election of 2006. The report singles out Pennsylvania for it’s unfair elections.

“For example, in Pennsylvania for the 7 November election this meant 57,000 signatures” for a minor party or independent candidate to get on the statewide ballot. Actually the requirement was 67,070.”

Some of the most popular third parties, say they faced concentrated efforts to get their party knocked off the ballot statewide in Pennsylvania in 2008 and 2010.

The Libertarian candidate for Pennsylvania Governor in 1998 and 2002, Ken Krawchuk, is now the Libertarian representative to the Pennsylvania Ballot Access Coalition. Their website states that the signature requirement for third party candidates in PA is a practical bar against participation in the electoral process.

“Legally, Democratic and Republican candidates require no signatures to get on the state-wide ballot,” he said, “and even the 2,000 signatures required for the Primary Day ballot are ridiculously smaller than the virtually impossible hurdle of 67,000.”

Lou Jasikoff stated that they were approached by the Republicans lawyers and told that their signatures to get on the ballot were “no good.”

“You have an hour to drop out voluntary or we will sue you for the cost to look up the challenges,” he says he was told.

This would be an over $100,000 cost. Lou accused the Republican and the Democratic parties of “keeping the cases tied up in court, using resources and acting like it’s a game.” So this would intimidate and deter other third parties from even getting on the ballot.

The Libertarian party in PA is working on this issue by forming statewide coalitions, with other political parties including the Green and the Constitution party. With groups like, tea parties, Campaign for Liberty and anti-drilling groups.

“There are lots of different issues here but common thread is getting on the ballot and stop all this nonsense of what the two parties have put in place. I will bring this issue continuously out into the open as Chair.” Lou Jaskioff said, “This is not the America we want, is this is what we have men and women dying for? Something inherently wrong with this system. These are not free nor open elections.”

Thompson urged for voters to “vote with a conscience.”

“The more votes a third party gets, the more press they get, the more policy attention they will receive. This will push our views and principles out there”

Many claim that a vote for a third party is a “wasted vote” in response to that question, Lou Jaskioff responded.

“There is only one winner, so unless you pick the winner your vote is wasted anyway.”

Interestingly, recent polls have shown that most Americans believe their ought to be a third party – that the two party system isn’t getting things done. The new life comes mainly from growth in conservative dissatisfaction, likely a result of the rise of Tea Parties.

The Green Party has had its own ballot access problems. In 2006 Carl Romanelli ran for the U.S. Senate against Rick Santorum and Bob Casey. Fearing he could siphon votes from Casey, Democrats filed a challenge to his petitions with Commonwealth Court. Romanelli is still facing more than $80,000 in court costs over the matter.

“The message of the Democratic Party’s challenge and the court’s ruling is this: if you’re a third party or independent candidate, you risk being punished with personal bankruptcy just for trying to run for office,” said Liz Arnone, co-chair of the Green Party of the United States, at the time. “Pennsylvania’s outrageously prohibitive signature requirement and assessment of legal fees, if the signatures are successfully challenged, are meant to intimidate anyone outside the Democratic and Republican parties from running.”

Romanelli’s legal problems to obtain ballot access even resulted in a documentary, Ain’t Easy Being Green.

There are a few bright spots and scattered pieces of legislation on the horizon. State Senator Mike Folmer this year re-introduced the Voters’ Choice Act, which would erase the signature disparity facing third parties.